Mellissah Smith is a marketing expert, author, writer, public speaker and technology innovator. Having worked with more than 300 companies across technology, health and medical, professional services, manufacturing, transport and logistics, finance and sustainability industries, Mellissah has a well-established reputation as an experienced marketing professional with more than 20 years experience. As the founder and managing director of Marketing Eye, she has taken the company from startup to a multi-million dollar enterprise with offices in Australia and the US. Mellissah is also the Editor in Chief of Marketing Eye Magazine, a quarterly magazine that cover marketing, entrepreneurship, travel, health and wellbeing. #mellissah #marketingeye
Monday, 18 February 2013 10:43 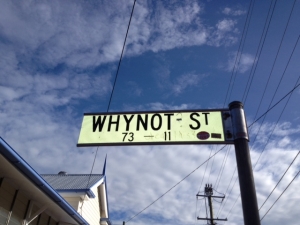 Marketing Eye is an innovative marketing consultancy firm that has offices in Australia and the US.

We are looking for an energetic and career-orientated Marketing Executive who shares the vision to bring the best marketing advice and solutions to small businesses in Victoria.

How to talk to the ego and get sales results immediately

That age old battle - the ego vs the heart - is more relevant now than ever to us marketeers and anyone directly involved in business development. It dictates how you speak to the people you need to be speaking to; how you capture their attention and it applies to every communication you put out there – online, direct mail, posters, brochures, social media.

The thing is though, with everyone communicating to everyone else - shouting, pitching and bargaining for a share of the market - it can be hard, defeating and infuriating for those of us running ethical business operations to compete with ‘get rich quick’ and ‘lose 7kg in 7 days’. 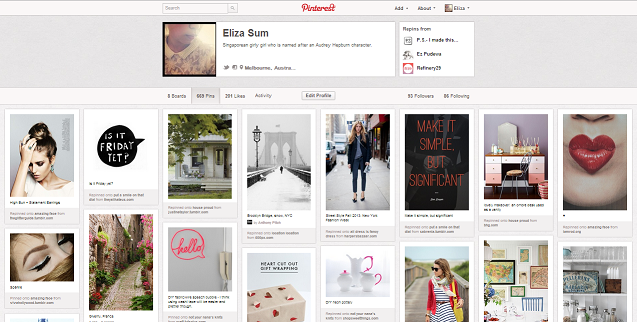 It feels like the birth of the sweeping social media phenomenon occurred just five seconds ago, with Pinterest’s viral growth to dizzying heights, Facebook’s takeover of Instagram and Twitter launching the new network, Vine.

The new medium is continuing to grow and evolve, spawning a new phenomenon of its own: visual social media.

Like moths to a flame, humans are innately drawn to visual elements including images, photographs and sensational design. As more of us are increasingly mobile and engaging with social media on smartphones, viewing an image is far less tedious than squinting to read a few lines of tiny text on a moving train.

Are some business women cutting off their noses to spite their face? 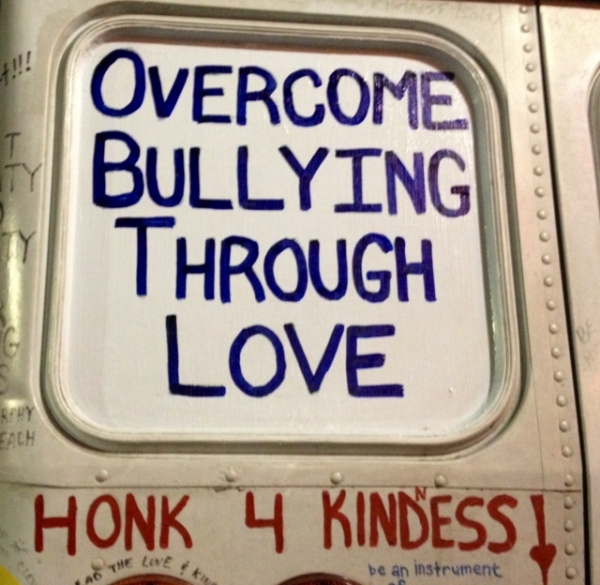 An extraordinary thing happened yesterday. I arrived at a client meeting and was greeted by their inhouse / incumbent agency and felt like I had walked into a one-woman war zone.

It was suppose to be a meeting whereby both parties worked together on different projects to accelerate the growth of a company, working on the strengths of each agency - but it didn't quite go to plan.

Firstly, this woman walked into the room, didn't acknowledge me at all and sat down and started typing away on her computer. After 10 minutes, she was faced with having to be introduced to me and as she shook my hand, she nearly broke it. I hear men say that this happens with people who try to make a statement, but in 14 years of business, this has never happened to me. I have never met a woman who has shook my hand so aggressively that my fingers turned blue.

My first thought was about how the meeting was going to unroll and whether it was worth me being there.

It's Friday... and most of us are in need of a motivational talk. Watch this video by Kid President for a dose of Friday morning inspiration!
Published in Management
Tagged under
3 comments
Read more...
Wednesday, 06 February 2013 12:08

Podcasts – how to really connect with your customers

As business owners and managers in an ever evolving world, our jobs become more challenging every day – every hour – to cut through clutter and make consumers notice our message.

How many times do we find ourselves repeating what we say to co-workers to get a message across?  For most of us, this isn’t a reflection of how we’re gauged as professionals or individuals but 95% attributable to the ‘151 rule’.

They say a person needs to hear new information at least three times before it registers into his/her mind for immediate recollection.  This has been taught over and over again to us and you can test it by saying aloud a new name you come across three times consciously.

When you target a market with a specific message the same rule applies, all except your target isn’t one person and those three times won’t cut it.  It’s all about repetition.  You have no control over which people are listening at what time of the day - so the logical bet is to be accessible and available 24/7/365.

Published in Small Business Marketing
Tagged under
Be the first to comment!
Read more...
Tuesday, 05 February 2013 08:36

What small businesses can learn from the Superbowl 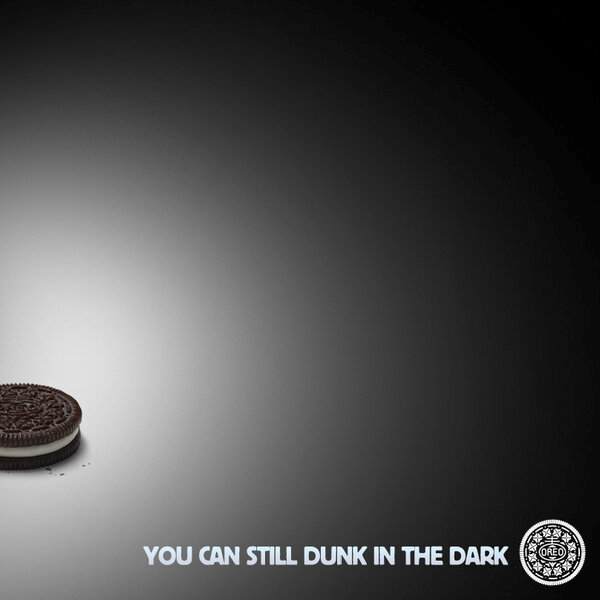 Four minutes. That’s how long it took for the first Twitter advertiser to bid on “power outage” as a search term after the lights went out at the New Orleans Superdome.

It also didn’t take long for cookie giant Oreo to respond to the now-infamous #superbowlblackout, spawning more than 13,000 re-tweets and nearly 5000 favourites.

How to hit the road running with your next marketing campaign

Don't be fooled to think that in 2013 you have time to waste. Everyone is now faster, smarter, better - all with extraordinary tools at their disposal.

Embarking on global expansion has been the most fascinating experience and in particular, working in what is one of America's most untapped entrepreneurial hubs of Atlanta has not only been rewarding, but also very invigorating.

Atlanta isn't the sleepy town that some of the cities counterparts seem to think it is. In fact, it is quite the opposite. The city is full of promise, spirit and an attitude that is less ruthless than say New York, Chicago, San Francisco or Los Angeles. Behind the politeness and accomodating attitudes of Atlanta's business folk are smart, determined, ambitious and thoroughly capable people who drive small businesses in an endeavour to become big businesses.

Capitalising on an ability to cap salaries and deliver products and services to a national and international audience with America's most proficient transport hub at its disposal, Atlanta entrepeneurs are dreaming big. You heard it right - they are dreaming big. Not too dissimilar to their New York small business friends who have inspired a national through a carefully executed tabloid and magazine advertising campaign that let's the world know that in New York "This is no place to dream small."

What strikes me about the people of Atlanta is their attitude to helping others and in turn, helping themselves. It seems that those who don't come from here, tend to be the one's to watch, whereas if you do business with a true Atlanta local, you are guaranteed that the good old fashion handshake on a deal is exactly that.

Today I had lunch with two talented mergers and acquisition partners at Deloitte. They both are very busy people but were kind enough to take time out of their day to have a chat about business, tax and the run of the land in setting up in Atlanta, buying a home and a motor vehicle.

Why your attitude can be a deal breaker 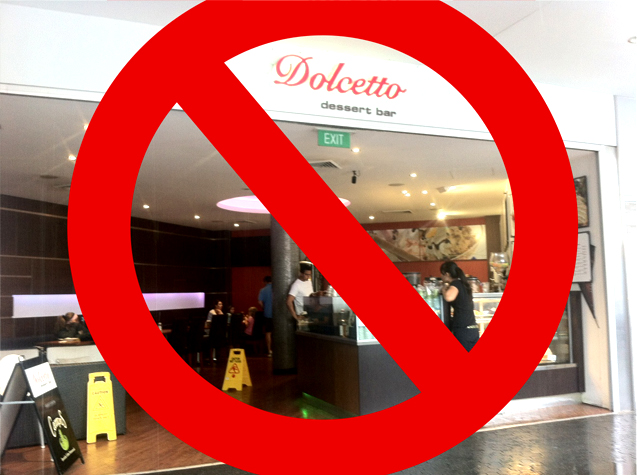 It’s universally acknowledged that good service will get you places. Whether selling an unnecessarily big screen television to a family or ice to Inuits, good service makes sales.

This said, there are exceptions to every rule and every so often in this world of increasing competition, there are business managers with seemingly decreasing nouse.

It’s no longer just about your product or service – it’s all about the experience.

As marketeers, we work tirelessly to communicate your message on each of these levels. We study, we research and we have experience to hone you the best experience for your offering. Not everyone understands the importance - or relevance even - of marketing however… and it shows…

Let’s start this blog with a simple exercise. Go to your Facebook page and look at the last 10 statuses you posted. What are they mostly about? You may want to think before posting if most of your statuses revolve around work complaints, drunken weekend antics or overstate political opinions.

5 Things An Expert Can Teach You About Developing A Marketing Strategy!