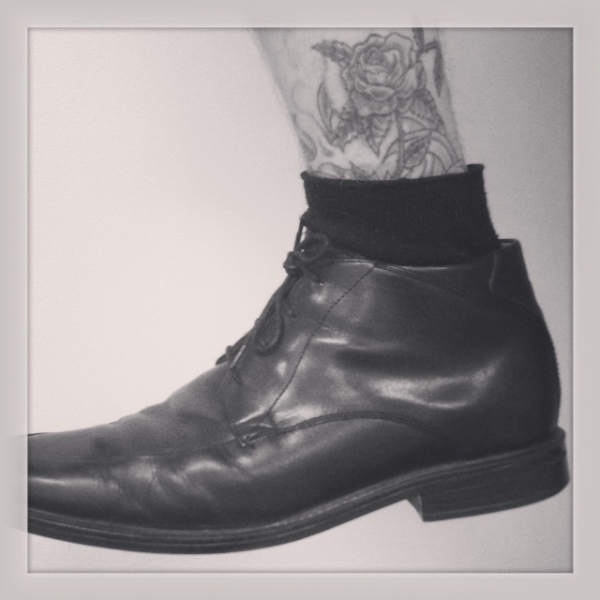 03 Jun
Today I was asked the question, "what inspires you to come up with blogs?"The answer is simple: "things that happen in every day life often inspire me."If the truth be told, the blogs have been few and far between of late because inspiration is being cluttered with real life work, legals and end of financial year in Australia.Jackson, a talented young guy on a 3-month internship with Marketing Eye asked the question and then followed with, "what do you think of tattoos?"I had to think - not much. I don't have one myself, but many people do. They don't offend me, nor do I think that it would affect my decision in hiring someone or giving them a promotion, but this is not the case with all organizations it seems.
In fact, it has been reported that people over 50 years of age are more likely to find tattoo's in the workplace distracting, than their 35 to 49 year old work colleagues. A study by Pew Research Centre notes that 70 percent of those 18 to 29 years old that have tattoos conceal their body ink under clothing.Yet, some of the world's most admired people are sporting tattoos and no-one seems to blink an eye-lid. In fact, according to Huffington Post, "hard-bodied David Beckham as 32 tattoos covering his body" while Angelina Jolie boasts a dozen or more. For the younger one's, Justin Bieber has 14 tattoos to his name and business woman / actress Jessica Alba has a few too. The most interesting though is the Mayor of Los Angeles, Antonio Villaraigosa has "Born to raise hell" inked on his body. Now that's a statement for the 51st Mayor of LA!

Does tattoo's effect your chances of promotion in the workplace?

Firstly, it depends on where you work. For instance, if you work in a creative field, chances are that no-one cares and perhaps you will be seen as having an edge. Having said that, there are plenty of workplaces that tattoos are no-no's in and for the conservative at heart, it can almost be too much to bare.Also, there are some careers, particularly one's in front of the camera that may find it hard to hire someone with a tattoo in a visible place particularly near their faces, necks or covering their entire bodies unless the scene permits. My advice is to think about it. If you really want one, ensure that just in case you have a situation at work that may restrict your chances of someone taking you as serious as the person next to you, ensure you can cover it up. If you are a rockstar, go for gold! Have as many as you want, but always remember, any inking on your body is like outlandish hair do's and dressing - it may effect someone's opinion (wrongly, I might add) of you and may hinder what could have been. Know what your personal brand is and what you would like for other's to perceive it to be and make choices wisely.Note: The above is Jackson's tattoo - proudly on display!