Mellissah Smith is a marketing expert, author, writer, public speaker and technology innovator. Having worked with more than 300 companies across technology, health and medical, professional services, manufacturing, transport and logistics, finance and sustainability industries, Mellissah has a well-established reputation as an experienced marketing professional with more than 20 years experience. As the founder and managing director of Marketing Eye, she has taken the company from startup to a multi-million dollar enterprise with offices in Australia and the US. Mellissah is also the Editor in Chief of Marketing Eye Magazine, a quarterly magazine that cover marketing, entrepreneurship, travel, health and wellbeing. #mellissah #marketingeye
Tuesday, 12 March 2013 05:53

The Truth About Social Media

I really don't want to mislead you, but there are some truths about social media that you need to be aware of.

Social media is powerful - undeniably so. It has the strength and depth to make or break a brand. It can cleverly make a company or person appear more successful than they really are. It can make you famous, rich and powerful.

Out of the wood work, names that were not known just five years ago, are now ranked in the top brands online in the world.

But is this 'social media' thing all that its cranked up to be?

11 Things People Do To Become Superstars In The Workforce 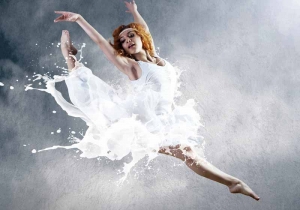 There are ways to improve your chances of landing that dream job - and it's not as hard as you think.

Being an engaged employee means that you know a thing or two about the business. You have definitely learnt the art of listening to those at the top of the pyramid and those who are just starting in the mail room. You read every memo from management and you participate at every level in the organization without complaining that "there are too many internal memos" or that "the social club puts on crap events". You listen, learn and comprehend the value of engaging people around you and having them remember who you are.

Contrary to popular psyche testing on how to be the best employee in the office, a little bit of competition is healthy. If you are looking to spearhead your career and take that top job or a dream job in the Executive team, then you need to have a competitive spirit to be the best. That doesn't mean stomping on the person beside you to "win" nor does it mean that you need to spruik your successes from the rooftop. What it does mean is that you need to set benchmarks for yourself and your team, and ensure that you are reaching it and you have the drive and competitiveness inside that won't stop until you reach the goal you have put in front of you. Some people fear competition and some misuse it. The trick is to compete with yourself and the benchmarks that have been set before you.

How QR codes can help your business

Have you seen an increasingly large amount of those quirky, square-shaped, two-dimensional graphic images floating around recently? QR codes probably started popping up noticeably in 2012 and have since been a prominent marketing tool used by tech-savvy whizzes and consumers alike.

QR code, an abbreviation from ‘Quick Response Code’, is the trademarked matrix barcode that originated from the automotive industry in Japan. The code is made up of numerous black dots that are subsequently arranged in a square grid on a white background. The information encoded within this matrix may be made up of four standardised kinds (“modes”) of data- numeric, alphanumeric, byte/binary, Kanji- or through various supported extensions, virtually any type of data. 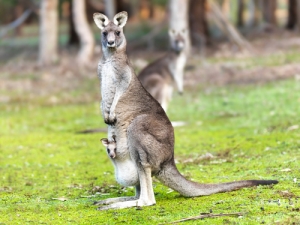 An updated on our story of expansion from a recent speech:

Everywhere I go, people say “are you crazy… you left the sunshine, the Sydney Harbour Bridge, kangaroos, koalas and the great barrier reef for this.

I always pause, almost second-guessing what I am doing. But every single time, I come to the same conclusion.

I have a dream and that dream is to build a global small business firm that helps businesses realize their full potential.

How you like your coffee says more than you think! 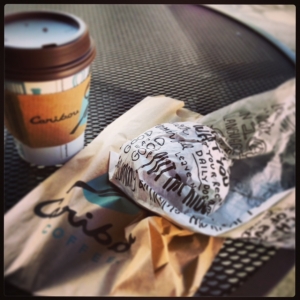 Walking into Caribou in Buckhead, Atlanta this morning, I was quietlly disturbed by a very loud American woman asking for her coffee.

"I would like a double mocha grande with a dash of skim milk, and a bit of vanilla. Oh, and I would like some sweetener with that. Make sure it isn't too hot. Actually, I don't want a grande, I want a tall. So that will be..."

I waited patiently for her to repeat her order over and over again until it was my turn.

How familiar are you with your clients?

Do you remember their birthdays? Their children's names? Where they last vacationed?

There is such a thing as being too familiar - you know the type; when a person comes up to you and invades your personal space. However, in business, putting aside the touchy feely stuff, being familiar by remembering important details about your clients, their habits, and perhaps the way they take their coffee, can ensure that your client feels comfortable sharing things with you that perhaps they would not do to a "stranger".

First meetings are always key to ascertaining what level of playing field you will be on in the relationship going forward. That means, if they share important information like the fact that they are married and have three children or like to ski, then ensure you capture this data and use it in the future. In ski season, perhaps you send them a new pair of gloves or a scarf.

Yesterday, I met with a company in Atlanta that was headed by an Australian man. Immediately, we had something in common and were able to conduct the rest of the meeting with a sense of familiarity. Going through the same issues of settling in a new country, gives a sense that we are both on the same page. This makes the whole process so much easier because there is a sense that we both know where we are coming from thus helping Marketing Eye win this piece of business.

Is business expansion all that it's cracked up to be? 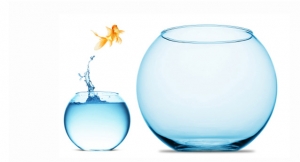 Phew! Exhausted. Seriously. Whoever said that expansion was a walk in the park needs their head read.While the first week was the most exciting time of the year to date, the second week was riddled with sleep deprevation, home-sickness and a case of missing the basic home comforts that I have come to enjoy.On top of that, I realized that although getting new clients was relatively easy (for today) it is twice as hard to get everything else organized around that from an administrative point of view when you don't have your entire administration team at your disposal.And... the time difference means that instead of 12 hours a day at work it was now 16 hours a day with little time to spare and if I was really lucky, I would get Sunday off, but probably not, because there is so much to do.
Published in Small Business Marketing
Tagged under
3 comments
Read more...
Tuesday, 26 February 2013 10:47

How to nail a marketing internship

Interning at Marketing Eye is no easy task, but is often rewarding and highly valuable in the competitive job market - many of our superstar marketing and graphic design interns have ended up securing paid work for us.

While we've heard horror stories of other agencies taking advantage of their interns by making them fetch coffees or run personal errands, Marketing Eye invests time in our interns and arms them with requisite knowledge that will help them stand out of the crowd.

Want to nail your own marketing internship, or feeling nervous about starting a new one? Check out our pointers below.

How to destroy a marketing campaign in one swoop

The old adage "two heads are better than one" can be the most costly decision a small business owner can ever make especially when it comes to marketing campaigns.

How I helped change the face of Australia's capital 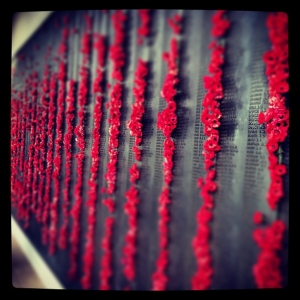 Canberra, ACT. The city is rarely, if ever, associated with tourism. Politics, public servants and pornography are usually what springs to mind when its name is mentioned.

But not for hundreds of guests last weekend, as Australian Capital Tourism hosted a second round of recruits who were shown the much-maligned city's hidden secrets in an attempt to overthrow its image problem. More than 30,000 everyday Australians applied for a free getaway to the nation's capital, with only 500 selected for the massive famil. The catch? We were all selected on the strength of our social media presences and had to share our experiences with friends and followers online.

Published in Marketing
Tagged under
8 comments
Read more...
Page 71 of 143

5 Things An Expert Can Teach You About Developing A Marketing Strategy!