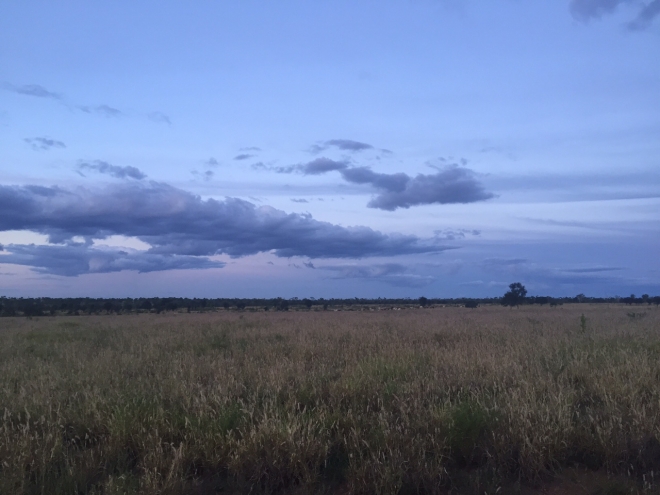 30 Jan
Just days before Christmas, farmers throughout Queensland received a final blow. Not only had they endured years of drought, only to see some light at the end of the tunnel, but Chinese whispers had them flocking to the local newsagency to buy a copy of News Limited newspapers, to see if it was true that they were in fact "losing their land and livelihood".


I grew up in the country, on the land, and my heart went out to these people who are destined to lose everything. Here I was at Christmas, skiing in Aspen, when my country counterparts couldn't sleep, were worried sick and lost faith in the Australian system.

Growing up on the land is different

Growing up on the land is different and I think that many city slickers cannot appreciate what it is actually like to grow up on the land. They wake up at 4am in the morning to start their days and work until the sun comes down. They work seven days per week, and kids starting working at a young age to help out where possible. They get such a taste of the land and how important agriculture is to the world, and in particular, our country, that they dream of the day that they finish their education and work fulltime on the land - just like their father did, and grandfathers before them.

Women do as much as they can

When you are man on the land, there is no such thing as thinking that women are not capable. There is only realities. Women do as much as they can and often play the role of running the house and helping out on the land with musters or picking fruit and vegetables. When a job has to be done, everyone chips in.

Women in some cases simply are not strong enough to lift a barrel of produce or can't stand in the sun from sunrise to sunset, even with sunscreen and a hat. It doesn't mean they are lesser and they don't feel that way either. It is often the case that they simply prefer to bring up the kids, put food on the table, and help out when need be.

Forced acquisitions of farm land - not on

Losing your land to forced acquisitions for the expansion of the Townsville Field Training Area and Shoalwater Bay Field Training Area so that Singaporean Defence Troops have a place to train is heart wrenching. It isn't right and it certainly is not fair. How would the Prime Minister and the Defense Minister like for their home and livelihood to be taken away from them and their children who expected to follow the same path? They are capitalists so possibly there is no understanding of history and the importance of agriculture.

What happens when we no longer have enough stock to put meat on the table and have to import it all from overseas? What happens when all of our fruit and vegetables are just imported? I don't really think they care. Their lives are far too removed. The fact that prices will go up for products won't matter to the Prime Minister who is wealthy and the Minister for Defence because not only is he paid well on the public purse, but he also has a healthy pension for the rest of his life.

The Goverment has said that they will make a decision in 4 weeks, so as to not prolong the inevitable. We know they have made a decision already, but are playing the political game as two months on from finding out that people are losing their properties, clearly for them, is long enough. A month or a few weeks might look bad.

We have a choice and that is to stand up for our country counterparts. To sign an online petition and to demand that this deal does not go ahead regardless of whether they have signed it or not. Care about Australia and care about the future of the agricultural industry.

Stand up and support something worthwhile. SIGN THE PETITION http://www.farmers.org.au/defendourfarms

« The moment you realise that it's time...
I don't want to die in my office »