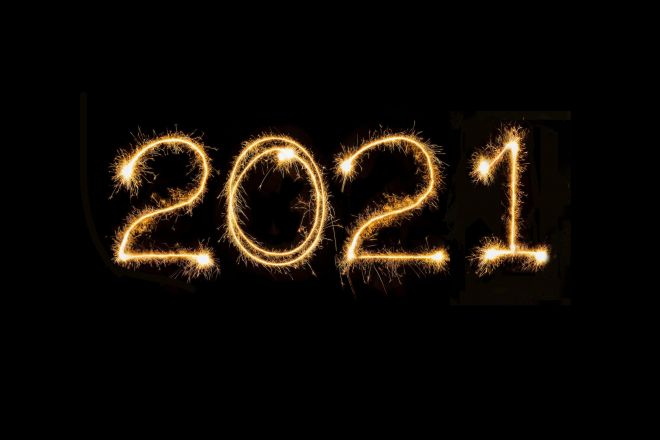 A new year - what a relief

As I woke up on January 1, 2021, at 4.59a.m. I could feel myself breathe a sigh of relief. Finally, it is a new day, in a new year, and everything that came before that moment no longer holds me or anyone else down.

Like many, 2020 was my second least favourite year, just marginally behind the year before where I said goodbye to my dog.

During the year, I struggled. I wasn’t alone, but at times I actually was, both physically and mentally. Like many entrepreneurs, I was challenged with not only my own life, but the lives of those around me.

I spent each and every day going through the motions, not able to bring to whatever Zoom meeting I was having a good enough poker face, no matter how hard I tried. My struggles were written all over my face, so much so that I made a conscious effort to not see people even when I could.

As an entrepreneur, my glass was not only half full, but brimming at the top. Forever the optimist, I always believed that everything would be alright. But this was different. At first, I thought the world was overreacting even though I was in Aspen when 23 Australians were infected with COVID. While I did the basics of sanitising my hands, wearing gloves and a mask and staying away from people I didn’t know, deep down I thought that COVID was like a bad flu and the world should get on with it.

But as restrictions increased, businesses closed and people close to me started to struggle, I realized that no matter what my unsubstantiated thoughts were, this was so much bigger than anything my generation had ever experienced.

I did what anyone would do in my circumstance where I had a lot of mouths to feed (employees) and clients who needed me more than ever, and that is buckle down, cut costs and work twice as hard.

What I didn’t expect is the effect it would have on my team. While my resilience was coming through, their strength was faltering. Having never worked from home, they struggled with the lack of interactions, shared opinions, creativity and leadership that they would get in a normal office situation.

At first, I asked them to pick themselves up and get on with it - in the nicest possible way. What I failed to understand, and I should have, is that their feelings, emotions and mental health, was something only they knew. They were as unprepared as I was. While some sailed through, others silently struggled.

Being back in Melbourne Australia, money wasn’t an issue for my team. They didn’t get pay reductions and their jobs were secure. On top of everything else, they knew that if the business fell below a threshold, the Government would give them a significant portion of their salaries.

A few still lived at home with their parents and had siblings. For those fortunate families, the Government guaranteed $3000 a week per household. That is $750 a week for each person, and for that, they need not have to work.

Even for the most loyal employee, this was a consideration. Their friends were at home watching Netflix and learning new things online, while they were at home working. In essence, they could take year off and learn everything they need to know about marketing online with an abundance of courses and education and live comfortably.

Remembering that millennials have not experienced high unemployment in Australia and anyone employable can have a job if they want it – there was no fear in the consideration of taking the year off.

But where does that leave employers? If they can’t find employees for jobs, and they can’t recruit from overseas, what happens then?

I remember the day in April where fear overtook me. All of a sudden, I was breathing really heavily with fast repetition. After a few key members took consecutive days off for “food poisoning” (or similiar) it became clear that this was out of my control and I had to just roll with the punches. Whatever happens, happens.

While this became a huge burden, so too did the quality of work. You see, we are in consulting which means billable hours, but what happens when all of a sudden people are taking twice as long to do things and the quality is just not there? To go backwards and forwards with work, was chewing up unbillable time - and as a leader I knew that this was in part not anyone's fault. It was just what was happening in the world around us.

I learned a lot in 2020 and for that I am grateful. While I am resilient, I am also as fragile as the person next to me. For every "we'll get through this", there was a "I can't deal with this" that followed.

Saying goodbye to last year and starting a new year, was a relief. It’s just a date, but for many around the world it is an important one.

The way we live, and work has changed forever, and I know that through the past year I have learned so many things that will only make me a better leader and help with employing people in the future.

2021 holds promise and compromise, adaptation and conformity. We can erase the past year and decade for that matter. Each of us have a clean piece of paper to rewrite how we will live, do business and engage in our communities. There is no more hiding behind “a year from hell” as we have all had long enough to settle into the “new norm”.

Entrepreneurs around the world have an opportunity to take advantage of the change that has happened in the world and create new business plans and innovative ways in which to work.

I for one, am excited to start a new year, with a fresh mindset, ready to STEP UP.

How to set marketing goals and keep them