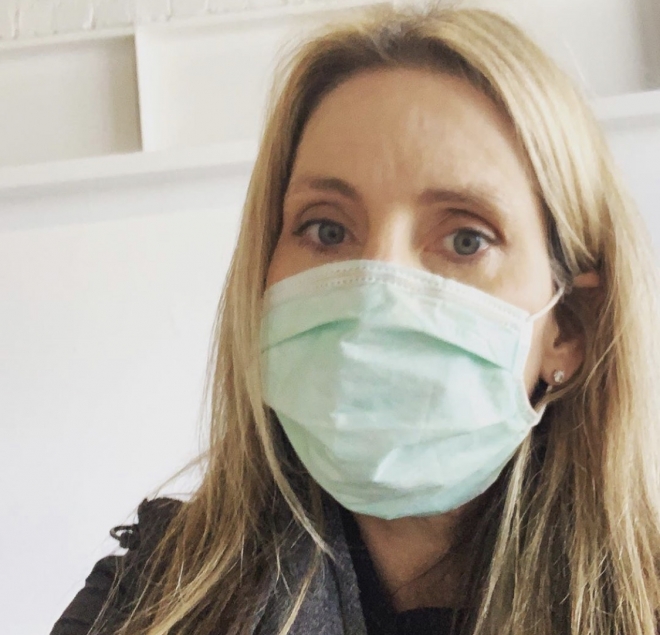 On January 7 this year, I opened by diary for the first time in 2020. It was a remarkable moment, one that was so full of promise. Like any entrepreneur on the rise (or at least I thought that was to be the case), I had written down the goals I had set out for the year ahead in my diary in December.

Over the holiday period, a number of emails came through.

"You have been awarded the tender"

"We would like to do 500 marketing strategy through your technology"


I was over the moon. Who wouldn't be? It seemed that everything was going to turn out really well and all my boxes for success would be ticked.

My diary said it all. I decided to write an entry "2020, my most successful year yet". Things were looking up - that was until COVID.

I went to the US thinking that COVID wouldn't be such a big thing. Then a bunch of Australian's contracted COVID in holiday hotspot Aspen, and the sentiment quickly changed. I arrived in Atlanta in March to do a capital raise and meet with a number of large multinationals. It was still full steam ahead until three days into the trip, the President of the United States, Donald Trump, announced that COVID was serious and measures were going to be taken. People dashed for the supermarkets and filled up their trolleys like they needed enough food and toilet paper to last the rest of the year. Then the traffic was gone. No cars were on the road. Seamingly in sync with what was happening the skies became very grey. It was eerie. I walked down from my Buckhead hotel to the office only to walk into a building that was completely dead.

I couldn't help but think that the timing was inconvenient. I had a job to do and all of a sudden my meetings were being cancelled. Then, the Prime Minister of Australia announced that borders would be closing.

After a few calls to other fellow Australian's in the US, I made the decision to cut my trip short and fly home - just in case. In truth, I thought that I would be back within weeks and that everyone was over-reacting.

A day at LAX Airport taught me patience with everyone scrambling around to get flights. I was fortunate enough to have been given a seat most probably as a reward to my frequent flyer status. There was a sense of relief that came over me when I flew out of Los Angeles. The flight I was able to get had a stop-over in New Zealand and there was an issue with having anyone going on from New Zealand to Australia. I listened intently to the stewardess conversation and was notified that the borders were closing in New Zealand and they were not sure what is required when we land.

In the end, it was sorted out and I hopped on another flight, only to find out that my Business Class flight turned into Economy without notification as New Zealand Airlines decided to make a change in aircraft. It really wasn't a time to be sitting close to people so I was a little agitated by the move and couldn't help but let them know. They looked up my status and swiftly moved me to a row that no-one else was sitting in.

When I arrived back and was quarantined for 2 weeks at home, I realized it was serious. I then went into "protection mode". It was unprecedented times indeed. This meant cutting costs immediately, setting up work from home arrangements, and getting aggressive with business development. Interestingly enough, people were interested in taking calls over late March and early April, in part, I am sure to justify their time while they were working from home and due to the fact, people were actually reading their emails and spending time on social media.

We had many positive conversations, usually at 2am and 3am in the morning with US companies. I was prepared to do anything to protect my business and my employee's jobs. I asked for my senior manager in Australia to reduce her hours significantly to reduce our costs, as we weathered a fast and furious "holding of contracts" in Australia. The US didn't seem to be having the same response and for that I was extremely grateful.

During that time, I didn't speak so much to my staff. I focused on the administrative details that needed to be addressed and business development. I woke up sometimes at 1am and 2am in the morning to do conference calls, each time pretending that I was calling from the US. I was afraid if people knew that I was in Australia they wouldn't do business with us.

As the weeks became months, my infrequent calls to employees became greater. I was tired, stressed, and scared - not so much of what COVID may do to my family or friends, as they had mostly gone unscathed and for the few that did get it, it was like a mild cold. I was scared for the business that I had spent a good part of 20 years building and what was going to happen to that. It was crumbling before my eyes. I couldn't breathe.

My good fortune was to have two internal accountants that moved things around and ensured that we had a solid financial foundation. But fear is a strange thing. Knowing that I had a strong financial foundation was not enough to lessen the fear. In fact, it made it worse. I became fearful that I may be ok today, but what if I run out.

On top of everything going on, I was locked up at home. In Victoria, people in the professional services industry have been confined to their homes for at least 6 months with bouts of servere lockdown meaning that they can only leave their homes for exercise of 1 hour or groceries. In my case, I had spent 4 weeks in total in the six months, not able to leave my home for any reason due to two medical issues.

It's hard to quantify just how big of an effect that this year has had on me personally and professionally. My mental health has suffered like many entrepreneurs and pivoting is a little harder in my game especially with the influx of "freelancers" representing Indian and Chinese companies selling websites for $1000 and social media $500. Our wages bill would not cover this.

On top of that, we have been plagued by fake reviews. With no staff turnover at all - and a minimum of four new reviews all scoring 1 out of 5, and an abundance of reputation management firms in the US (but really from India) wanting retainers of $1000 plus per month to "fix the problem" which they say is from competitors writing fake reviews (when I think it is them trying to guarantee that they don't only get your business but they keep you long-term on retainers), it's been a trying time.

I've failed miserably at adjusting. I have been sad, mad and miserable. It's certainly been no holiday and unlike many Australian companies, we are truly multicultural, meaning many of our employees are on Visas and therefore do not qualify for JobKeeper.

We will survive, but have I been the best leader. The answer is no. In fact, I have been terrible. I have kept to myself and worked my butt off, sacrificing sleep and my health to ensure that we get through this truly terrible time in our lives.

« Why ego is at the heart of intimidation

The Advantages of a Marketing Strategy

How do you create a more meaningful customer experience?