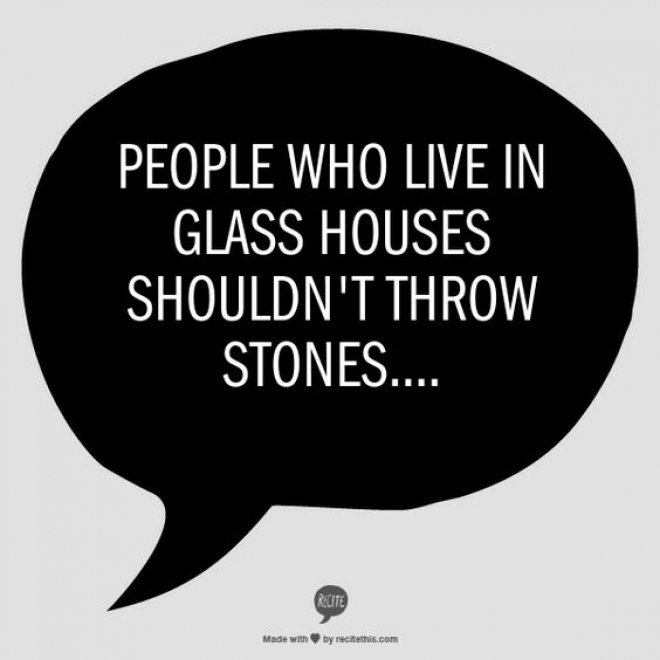 Why some people blow up the internet, while others struggle

22 Jul
As of a few days ago, I had never heard of Lauren Southern. That all changed when a fellow tweeter asked me if I have been watching her coverage. I hadn't. In fact, I hadn't read the news for almost a week. I have grown tired of fake news, sensationalism and spin that takes everyone away from the real facts.


I am wondering what world we live in, and how we got to this point. I say this, while at the same time, reading the news on the Friday's that I am on Sky News Hardgrave show as a panellist. They give me a list of stories on the day, which gives me ridiculous anxiety, because I don't want my world to be shaped by what I read. I then think about the stories and what my opinions are, as all panelists do. When you create commentation on any subject, we all know the more controversial you are, the better. It will get a hell of a lot more mileage if your sound bites create a stir. Instead, I try and stay true, but definitely give voice to a few causes that I care about, namely farmers rights, the bullshit "rights" of people that slander others, and my thoughts on equality in the beautiful country we live in. My belief is that I have been given more opportunities than a male of equal ability because I am a woman. The encounters I have had in life that come from male chauvinistic pigs, are a minority, and we cannot say that all the men in Australia are the same because of a few people that are stuck in an era that has long gone. Likewise, to those men that have talked down to me, or been bullies because they think that because they are a man, they can - are a minority. I can say the same about women I have encountered who have been bitches, although not all women are the same. Or others that say they believe in equality but do everything in their power to push women down because they enjoy the limelight of being at the top without peer.

Women can be bitches #sorrynotsorry

I've encountered women that don't like me just because of how I look, and likewise, men that mistakenly think I am a dumb blonde because of the colour of my hair. Funnily enough, it is women that outwardly call me a dumb blonde, and not men - so go figure.

But a majority of people are playing on a level playing field, albeit one that is swayed significantly towards women. That may come back to slap everyone in the face in the future when we have to redefine men as a 'minority group' that needs our support.

Lauren Southern, I didn't look her up

Lauren Southern. I didn't want to look her up because the gist of the tweet gave me enough to not be intrigued or interested. I waited an hour, then I checked out what Twitter was saying about her - I was bored and couldn't help myself. My gosh, for someone I had never heard of before, the thousands of likes and retweets along with commentary was astounding.

I had to click on her account to see what she was saying. Something things made sense like "no testing on animals" - yes that is cruel and unacceptable. Another was "On average women are less likely to enjoy positions like CEO according to studies, (sic) there are of course women who are perfectly happy in that role and do a great job though". 7,866 likes, 1,766 likes and 326 comments. She is right. There is nothing wrong with this message. I am a founder and managing director. I hate the latter. It sucks. To be a CEO of a private or public company would be my worse nightmare. It is not what I was born to do, and I am ok with that, so therefore so should you. There were quite a few others I would agree with, but what gave her notiority was "Allah is gay" and something about  "when Western people become a minority, no longer will Western rules apply".

The Internet has gone bat-shit crazy

Gosh, the internet has gone bat-shit crazy. The young lady is provocative to get attention, and is probably no role model, and should not be someone any person looks up to, let alone our media giving her so much mileage. However, she does say quite a few 'right' things. It is true. Should Australia become over-populated with one particular nationality, then it makes sense that they would rule the roost. That means they would take up the seats in parliament, and they would set the rules for which all of us would need to abide. Do we want that? I don't. I would like balance, but parliament is too white, and needs more diversity.

As a woman, a business person and someone with minor influence through editorial and social media, I would not on my father's grave ever (and I mean EVER) want to be in Politics. Quite simply, their behaviour is appalling. Their backstabbing of each other is my worse nightmare. The fact that someone can misconstrue what you are trying to communicate very easily, blow it up and make it front page news - is deplorable. People lie, and therefore as a Politican you may do so too or not. But I can assure you that maybe some of your staff or colleagues will and that could bring you down or ruin your reputation. I could never play by Party rules. I would care only about what is right and what is wrong, and cutting back on public spending, public service jobs and the way the taxation department has decided to bring in the spin doctors to push the focus on small business and individuals all while having targets to meet, while the FAT PIGS are sending their money offshore, avoiding tax and getting Order of Australia medals for their smart manoeuvre. Of course, the most important people to care about and to make decision based on what they want are the people who voted you in.

Which brings me back to Lauren Southern. She is famous because namely she says stuff that gets her in the media, socially and traditionally. Then there are a few opinions that really resonate and make logical sense. Even I agree with a few of them, but not the one's that she uses to get publicity.

I shared the screen the other week with another that does the same on Politics. She seemed ok, but clearly the aim is the same as Roxy Jacenko and that is all publicity is good publicity - so make sure you keep in the news. Good for bringing people back to her YouTube channel, which I doubt has brought her millions in revenue every year like someone similar to myself who just works bloody hard. I'm not sure whether being instafamous is as good as working hard, and being brave enough to grow a business and employ people. Just sayin'.

How a man can make his woman more successful

While I am forming this opinion, I forgot to look in the mirror. Shameful. I look down on this behaviour and yet I would not be known in the US had it not been for a blog I wrote "How woman can make their man more successful" which is basically straight out of the 50's rule book. Wear lipstick for god's sake and make sure your man has a hearty meal. A tad tongue in cheek but I do believe there is merit to supporting your loved one's in any way you can if you truly want them to be successful. This blog was followed by "How a man can make his woman more successful" which wasn't quite as successful but was well and truly over the million mark. Then a few years later for kicks, I wanted to show a client how easy it was to get readers on LinkedIn, and I wrote a blog "Why married women are more successful". I am not married by the way. This had 74,000 people on LinkedIn in hours, and thousands of comments, many of which have been deleted by LinkedIn due to language I presume. Thousands of people complained about me using this forum for such a blog and I think that caused LinkedIn to take action. I note that the next blog I wrote barely got read. I am sure an algorithm change was faster than I could down a glass of wine on a Friday.

So here I am saying that these young women are ridiculous when I too could be called the same and it would be true. Clearly "Allah is gay" is just a publicity stunt.  Who cares if Allah was, and no-one would know let alone be able to speak on such a thing. I was definitely the pot calling the kettle black. I am no better. I have done things to get comments. The LinkedIn blog went viral after that and I reposted on my own website which received more hits than LinkedIn. Twitter went crazy. People were ruthless. Politicans were involved. It was hilarious. I would read the comments at dinner parties for laughs and am secretly devastated that they deleted the really bad one's.

Blowing up the internet requires controversy. Being nice doesn't win. Being vanilla won't put you on a favourites list. Simple really.

« What millennials get that other's sometimes forget
My marketing conundrum - please help! »