What we all can learn from Miley Cyrus

A few years back, I heard of a character called Hannah Montana from one of my nieces who desperately wanted her album. I couldn't be bothered going out to buy it, so I simply gave her money so she could do it herself. Sitting in the car, she sang songs from Hannah Montana, mimicking her teenage idol.All fairly harmless stuff - after all, Hannah Montana was a Disney brand, wholesome and pure that teenage girls the world-over could relate to.Then something happened. She grew up. From teen idol to woman and that's where it all began.Like Madonna before her, and Kylie Minogue for that matter, Miley Cyrus, the former sweet teenage girl that played Hannah Montana wanted to evolve her brand image and take it to the next level. If she would have kept up the wholesome image, it probably would have ensured that her brand diminish over time. Instead, she reinvented her brand. First it started with a number of selfies in proactive poses creating headlines. Then it was the picture of her smoking pot which  I would imagine was not by accident - instead just part of a brand evolution.
Published in Marketing
Read more...
Tuesday, 24 September 2013

8 Free Apps That Analyze Your Brand On Social Media 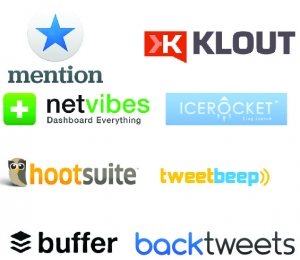 There are so many Apps around today, that it is hard to know which one's to download and take up space on either your smart phone, tablet or computer.As a marketing agency, we use a number of "must have" apps to ensure that we are regularly monitoring our clients performance online and ensuring that we are abreast of their competitors movements, campaigns and conversations as well as leveraging industry news and developments to bring their brands to the forefront.While we continue to grow audiences, increasing our clients brands within the circles in which they trade, it becomes increasingly important to utilize Apps that cut-through the clutter and help ensures that we don't waste time on social media where possible.Here are 8 of the most efficient analytical Apps that Marketing Eye uses:1. HootSuite: If you don't use this, then you have not only been hiding under a rock, but you are missing a valuable tool. HootSuite is a social media management solution that enables teams to collaborately execute social media campaigns across multiple platforms from one single view point - a dashboard. HootSuite includes audience identification tools, the ability to streamline workflow and customize reporting. It is perfect for managing Twitter accounts.
Published in Small Business Marketing
Read more...
Monday, 23 September 2013

When I am talking successful, I am meaning someone who is really successful. A person who at their disposal, can spend $20 million on a property without blinking an eye lid or pick up their friends and family from wherever they are in the world, in a private jet, just because ... they can.There are many habits of really successful people - the billionaire type, but here are 5 that come to mind based on my experience in observing their traits:1.  Dominance is in everything they do
Published in Small Business Marketing
Read more...
Tuesday, 17 September 2013 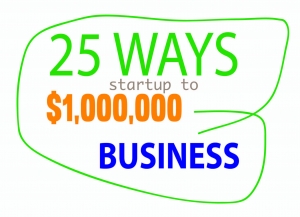 What started out as a dream became a reality, much faster than I anticipated.Many entrepreneurs can attest to having a dream or maybe just something on their bucket list that needs to be crossed off. I am one of those people. I have a dream but most importantly for me, an item on my bucket list that needs to be crossed off by a given time frame.  What once was a dirty word to me, the position of entrepreneur in a fast growing, dynamic company is the most exhilarating career choice I could have every made.What other job has you jumping out of bed at 5am each morning, dressing in a matter of minutes and rushing off to the office to start your day? For that matter, what other job gives you the highs of an entrepreneur and the flexibility to be exactly who you are?
Published in Small Business Marketing
Read more...
Monday, 16 September 2013

Are we all a bunch of know-it-alls?

Last night in New York, I was sitting at a dinner party where everyone was animated with lively conversation.

In no time, the conversation turned to dating, and with two single women in the room everyone was eager to establish the latest on their dating scorecards.

A very confident business woman explained that she had trouble dating and that being in her early 40s, most men that asked her out were in their early 30s or late 50s - but no-one in between.

She went on and explained in detail just how frustrating it is to date. With her very successful high profile business, commitments to travel and the fact that because she is in the public eye, she struggles with being noticed, this dynamic woman was fascinating.

How do you know its time for a rebrand? 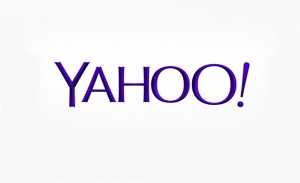 Driving back from Hilton Head in South Carolina on the weekend, #24yrold asked me what I thought of the new branding for Yahoo! I hadn't given it much thought and had mainly seen press around the rebrand that was negative - aimed directly at Marissa Mayer.
Published in Marketing
Read more...
Sunday, 08 September 2013

Why Tony Abbott may be the best solution for small business

I was recently asked my opinion on what are my thoughts on the election and its effect on small business by veteran journalist Jonathan Jackson.

Here is what I had to say:

"Small businesses are the backbone of the Australian economy.

There are over two million small businesses in this country, which provide approximately seven million jobs and comprise up to 20 per cent of the national economy.

With a Federal election looming and a new Prime Minister to be appointed (or, in Kevin Rudd’s case, a returning Prime Minister), small business owners will be eagerly and nervously awaiting party platforms that impact them.

I understand the pressure and considerations of running a small business more than most. I founded my first business at age 25, and in 2004 established Marketing Eye, Australia’s leading marketing consultancy firm for small to medium businesses. 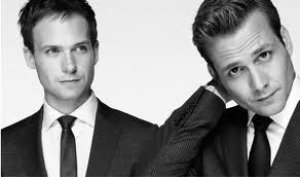 Late last night, I was watching some episodes of the television show Suits. It is my favourite show on television. I downloaded it from iTunes and watch 3 episodes each night that week and the week after. Unlike most people, I don't normally watch television. In fact, I don't even have one anymore. Instead, I rely on my ipad for entertainment and find that by downloading television shows every now and again it is as much television as I need.