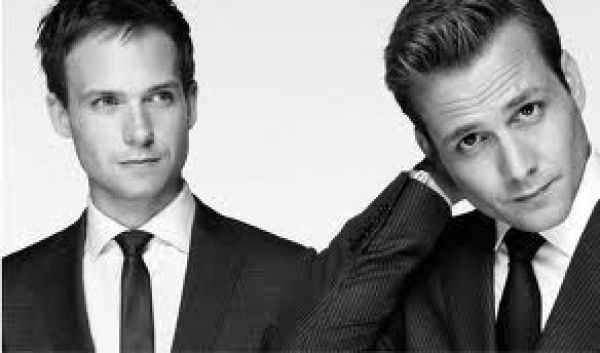 02 Sep
Late last night, I was watching some episodes of the television show Suits. It is my favourite show on television. I downloaded it from iTunes and watch 3 episodes each night that week and the week after. Unlike most people, I don't normally watch television. In fact, I don't even have one anymore. Instead, I rely on my ipad for entertainment and find that by downloading television shows every now and again it is as much television as I need.


We laugh all day, we make wise cracks, and we have the same sense of humor. She knows when to work hard and when its time for a bit of fun. She is thoughtful and always watches my back. Loyal, bright, hardworking and just a great person to be around - my "Mike" is someone I could not imagine being without.

It's taken 15 years of business to find "Mike" and although Mike may not have quite the pedigree of qualifications you would expect in a #2, just like Mike she has a "photographic memory" - well, not really - but she has something about her that no-one else has. That something is passion - passion at a level that I have not seen before in any employee and she an ability to think about the business and me first, before anything else. Traits that are very hard to find.

When you realize you have a #2 like this, it creates some vulnerability. What if they change, or another opportunity crosses their path? What if you ever have a falling out? What if...

Entrepreneurs are vulnerable. Actually, we all are, but some hide it better than others. Some people need to be liked - and they go around and make sure everyone is always ok and if heaven forbid, someone doesn't like them, they try twice as hard. Watching people feel vulnerable where they feel the desperation to be 'liked' so much so, that they feel their lives depend upon it - is not always admirable.

Others just don't let people in. You know, they are the entrepreneurs that control every situation and never allow themselves to fall prey to someone or something that may lead to them not meeting their expectations. They only put themselves out there - when they know the outcome or can put mechanisms in place to ensure the outcome.

But this comes at a price. They never allow themselves to feel vulnerable.

Now vulnerability is a hard pill to swallow. There is more downside than upside, but the upside is so high if it comes off, that there is nothing in the world quite like it.

We are all vulnerable - there is no question about it, but we all need to learn how to stop suppressing it.

We have to let it out, to embrace it, says Ted Talker Cornelia Coricovac. "I see vulnerability as being a very strong and beautiful flower that tries to flourish inside us - but we won't let it live. We are constantly throwing cement and rocks on it, hoping it won't come out, we don't want it... we are suppressing it!

She further states that when you accept it, you may see that you will enjoy your life better, your relationships, your friendships, and that you will not be afraid to expose yourself to be vulnerable.

"There is a thin line between genius and insanity" said the late Oscar Levant, an American pianist, composer, actor and world-class neurotic. "I have erased that line."

He saw that this blurred line gave him creative impetus.

To be a great entrepreneur you need to be a little bit out there - a bit different. Look at Richard Branson or Mark Zuckerberg. But with entrepreneurs, there needs to be balance in order to be truly successful. A mix of risk-taking and vulnerability. While risk-takers are bold, driven and admirably extroverted - vulnerability is seen as weak, introverted and easily assailable. If we were to dig deeper though, it is vulnerability that if active comes from engaging in a comtemplated risk that considers and hopes for the payoff, financial or otherwise.

Vulnerability to me as an entrepreneur has many pros and cons. The pros mean that I am human and sometimes the best decisions are made by entrepreneurs putting human elements first. It also allows us to feel, experience and have highs we never thought imaginable. The cons are that the lows are devastating and we need to put every ounce of strength into pulling ourselves out there. It also can lead us to being more exposed and manipulated by others around us. The worst business decisions that are made are by those who have allowed something to make them vulnerable to the outcome, yet the same can be said for the best. That fear of failure can help us draw on the unimaginable to power us through to keep trying, keep believing and to achieve the impossible.

James Dyson failed 5126 times before he got the Dyson vacuum cleaner right. Sometimes it takes time to pay dividends.

How to Develop a ‘Smart’ Marketing Strategy