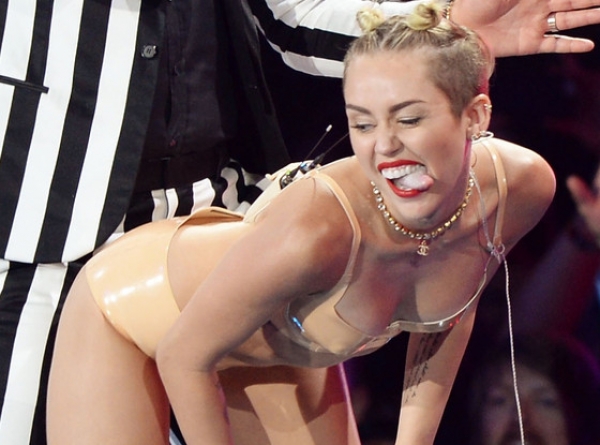 What we all can learn from Miley Cyrus

01 Oct
A few years back, I heard of a character called Hannah Montana from one of my nieces who desperately wanted her album. I couldn't be bothered going out to buy it, so I simply gave her money so she could do it herself. Sitting in the car, she sang songs from Hannah Montana, mimicking her teenage idol.All fairly harmless stuff - after all, Hannah Montana was a Disney brand, wholesome and pure that teenage girls the world-over could relate to.Then something happened. She grew up. From teen idol to woman and that's where it all began.Like Madonna before her, and Kylie Minogue for that matter, Miley Cyrus, the former sweet teenage girl that played Hannah Montana wanted to evolve her brand image and take it to the next level. If she would have kept up the wholesome image, it probably would have ensured that her brand diminish over time. Instead, she reinvented her brand. First it started with a number of selfies in proactive poses creating headlines. Then it was the picture of her smoking pot which  I would imagine was not by accident - instead just part of a brand evolution.
What made headlines and made her stand out even more than a girl appearing to go off the rails is when she had a drastic haircut (aka Britney Spears), died her hair bleached blonde and sent a twerking video viral that she self posted to her fans. This was quickly followed up by a song "We Can't Stop" that is racy, bold, pop-urban with a "chill" beat. The lyrics go like this:"It's our party, we can do what we wantIt's our party we can say waht we wantIt's our party we can love who we wantWe can kiss who we want"Then adding to the raciness of the lyrics, the song continues with, "And everyone in line in the bathroom, trying to get a line in the bathroom" alluding to taking a line of cocaine "in the bathroom" and further accentuated by the usage of her own name that sounded very similar to another popular drug in the US called "Molly".Her racy, naughty, bad girl image exploded onto our screens and smart phones. BANG, Miley Cyrus reinvented her brand - not too dissimilar to when Madonna brought out the song "Like A Virgin" followed by a book of naked images of herself. And as if we may have missed all of these things, she made another dash for the limelight with her new image singing "Blurred Lines" with bad boy Robin Thicke, strategically twerking close to his crotch whilst poking her tongue out in a sexy flesh colored latex outfit. Instantly, she was in every newspaper, magazine, television programme, online news sight and forum imaginable. Her brand exploded. Her brand now safely secured as having reinvented itself from wholesome good girl to proactive woman. The public now has a thirst to hear what's next, secretly hoping she will trash herself and become another Lindsay Lohan - which I don't think will happen, however, she may let her imagine go down a path that makes us think that perhaps this is possible - just to keep our interest in her brand at an all time high.Is this good or bad for her brand? I would say that it will sell more records, more movies and definitely keep her front page news for a long time to come. If she falls off the bandwagon like Britney Spears before her, then she may become a train wreck however, I would say that this move is more "brand evolution" then a young girl off the rails. It appears too strategic, too well placed and the timing could not be better.Her biggest selling song "We Can't Stop" has deeply entrenched Miley Cyrus into the limelight and ensured that young and old know exactly who she is and what she is about.How can we relate this to business? Think Apple. When Apple reinvented itself with slick computers and cell phones, it became cool. Uber cool. If they didn't package themselves and brand themselves as such, they wouldn't be were they are today. Forget about how good the technology is - its all about the company's branding that has elevated them to the heights of where they are today.How can your brand evolve, like Miley's to sell more products and more services to your customer base? How can your brand become more sexy, more exciting and published in thousands of editorials the world-over? Something to think about. Miley Cyrus is not some stupid young girl, but a branding prodigy who like many people before her saw an opportunity to evolve her personal brand and reinvent it to be come more profitable, and deeply entrenched in the curious mindset of the public.

« How do you know its time for a rebrand?
How to increase your profits by focusing internally »