Mellissah Smith is a marketing expert, author, writer, public speaker and technology innovator. Having worked with more than 300 companies across technology, health and medical, professional services, manufacturing, transport and logistics, finance and sustainability industries, Mellissah has a well-established reputation as an experienced marketing professional with more than 20 years experience. As the founder and managing director of Marketing Eye, she has taken the company from startup to a multi-million dollar enterprise with offices in Australia and the US. Mellissah is also the Editor in Chief of Marketing Eye Magazine, a quarterly magazine that cover marketing, entrepreneurship, travel, health and wellbeing. #mellissah #marketingeye
Sunday, 15 April 2012 09:48

"You can have brilliant ideas, but if you can't get them across, your ideas won't get you anywhere". Lee Iacocca

What goes up... must come down - ever wondered what happens next?

"Be careful that the feet you stand on today, don't belong to the legs and arse you have to kiss tomorrow" : Quote from one very wise West Australian.

When I started out working, my friends were all in the same boat. They were starting out their careers too in journalism, advertising, television and marketing. Today, most of them are Directors of News, Television Presenters, Editors and Senior Managers. We all still keep in touch from time to time and support each other whenever and wherever possible.

Entrepreneurs need to get their hands dirty every now and then

How often as an entrepreneur do you really get down and get your hands dirty?

There are some things, that no-one else but the entrepreneur in a small business can do. It almost makes them indispensible although we are all trained to think that no-one is this.

You learn new things every day... but you need to be open to it 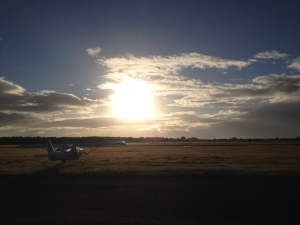 Easter is but a faded memory (too much chocolate, an abundance of hot cross buns and vino to wash it down) and most of us are already back in the grind of every day life (that means "work" for those of us who are not still in holiday la la land).

I have arrived safely at my desk at 11.30am after an early morning interstate flight and am a bit weary even though I have just spent 5 days away, in the most picturesque setting possible with loads of sunshine, great wines and good food. The company wasn't too bad either ;-)

Queensland is such a stunning place. Like most people who travel up there, I always dream of living there permanently because in a week, you don't get bored, the flies don't bother you too much, and you cannot get enough of the sun and surf. It is pure paradise. Beautiful one day, perfect the next as the slogan goes.

Never one to 100% tune out on business, I learned a few things during my Easter break that I would like to share with you:

Sun, surf, flying a plane and riding motorbikes - not a bad combo this Easter!

I am so excited! Tomorrow morning I fly to Queensland and after a couple of quick meetings, I will be off to the Sunshine Coast to enjoy the Easter break with my beautiful family.

Make Hay While The Sun Shines 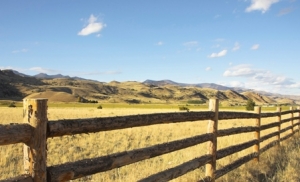 Opportunities don't come past your desk everyday. Sometimes you have to work so hard to find an opportunity that when one lands on your lap, you don't really know what to do with it or you forget what it actually looks like.

There are so many things we all can relate "Make hay while the sun shines" to. Here are some that I think you should consider;
Published in Small Business Marketing
Tagged under
20 comments
Read more...
Monday, 02 April 2012 19:50

Why does business suck the life out of your personal life?

Have we all got it so wrong?

A few weeks ago, I had to cancel a trip to the US that was for both business and pleasure. Mainly business, but a few days pleasure that I was seriously looking forward to. There were real reasons, which I cannot disclose here, but nevertheless, business was somewhat involved.

Then my beautiful girlfriend married the man of her dreams in South Africa, and I had to cancel going there too. More than $1000 down the drain, because South African Airlines don't reimburse you for cancelled flights nor do they give you a credit. Yet again, work got in the way.

Then this weekend, it's Easter and my two nephews are looking forward to spending the special occasion with their Aunt Mellissah. I have work to do and I was about to book a flight to fly to Queensland on Friday and back Sunday until...

An entrepreneurs office without 4 walls? 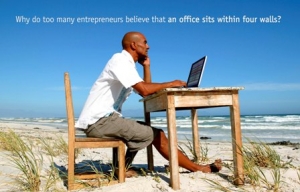 It's a question that many entrepreneurs need to ask themselves but many don't. Why do we believe that an office means sitting in a room, on a chair, with a desk and computer screen in front of us, confined by 4 walls? If you are a one-man band, you tend to show more flexibility, but once entrepreneurs start employing people, down go the curtains, the door is shut and everyone is tied to their desks until they have completed a good days work.

Everybody has their SHIT!

"Everybody has their shit," said Doreen, a wonderful, successful woman I met for the first time tonight.

As a table of 5 women sharing their stories and updating everyone on their lives, one thing became apparent. Everybody has their shit.

Not the most enticing word in the English Dictionary, I agree, but nevertheless, its meaning in this context makes it appropriate.

I enjoyed the company of 5 fabulous women tonight. Smart, beautiful, successful, emotionally intelligent and value adding, women that can converse on every topic imaginable.

They depict the women that I had in mind when I wrote "what men can do to make their women more successful." 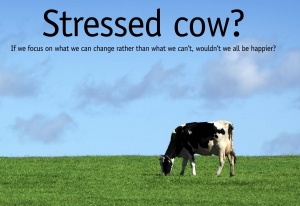 No matter who you are, at times, as a small business owner, you will get stressed.

It's how you deal with it that counts.

Which has me thinking. I am what I affectionately call a "stress pet". Someone, who stresses a lot. If not daily, bi-daily. I find things to stress about that sometimes deserve my attention, and then others that certainly don't.

Managing stress has always been an issue and I have over time tried everything. But just like any diet, or new health regime, you need to keep with it long after the actual decision to do it in the first place and constantly remind yourself that it is something that requires ongoing work, not just a quick fix.

Published in Management
Tagged under
10 comments
Read more...
Page 86 of 140