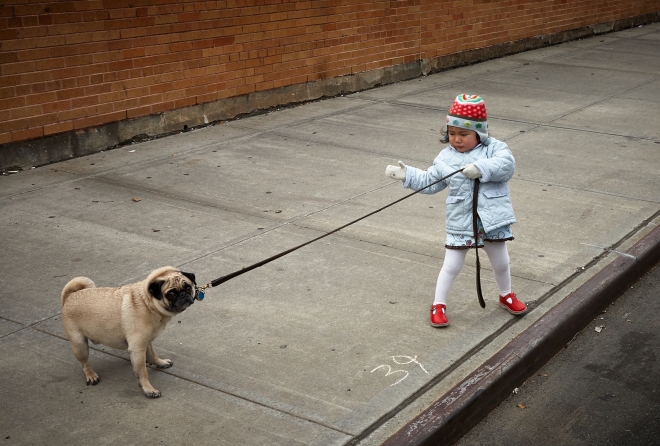 Is being stubborn holding back your career progression?

13 Aug
Successful people have successful habits. It's true. They also work on things they are not good at, are passionate about 'something' to the point they are willing to make sacrifices and usually are prepared to work on their weaknesses.

Early in my career, I had a dream of being successful but something wasn't going quite to plan. I knew I was smart and good at my job but something was holding me back. And to be honest, it was me.

I had grown up in an environment where I had four strong brothers, a mother who was quiet and shy and a father who 'brought home the bacon'. It was also an era where children were 'seen and not heard' and if you combine that with the fact that I too was shy and quiet, my experience as a child was underwhelming.

When I joined the workforce, people believed in me. My bosses always threw me in the deep end with full faith that I would swim. And to their credit, I did. They also taught me that I had a voice, so use it. Shy people don't get anywhere.

It was a big learning curve, but I learned fast to speak up and ask lots of questions. In no time, my life was changing and I was given more and more opportunities.

It wasn't until my second job that I learned something really powerful that took me a few years to properly sink in, but nevertheless was imperative to who I am today. I worked in the media and I was the youngest person at my place of work. This meant that while I was given many opportunities, I was also asked to make coffee, pick up drycleaning, get the boss lunch etc. - all of which I was fine with. What I wasn't fine with is the new junior sales representative asking me to make coffee, never greeting me as if I didn't exist and in general being rude beyond belief.

I started being rude

How did I handle this? Badly. I started being rude back, putting salt in her coffee and never washing her coffee cup. True story and one that I wish were not true. You see, I had a problem with my perception that she thought she was better than me, when in fact I had my own criteria on what was better and she didn't quite fit that.

She would ask me to do something and I would go to someone higher than her and tell them every reason why I couldn't do it. "I'll teach her" was something that was clearly entrenched in my subconscious. I wanted to do things my way and with the confidence of progressing my career, I felt that I was entitled to it.

Then I learned my most valuable lesson in my entire career that every marketer and employee for that matter should learn. Without sales, there is no business. Period. So if there is a choice of any other employee and a sales employee, the old school manager would always choose the sales person.

I also learned something about myself. I was stubborn to the point that if I said that I was going to do something, I would do it and if someone tried to stop me, I would "show them" and quit. Pretty daft way to act when you are starting out your career, and fortunately for me, I had other redeeming qualities, but the reality of the situation was simple - I was holding myself back because I was so stubborn that I couldn't see the forest from the trees and I saw everything as being black and white.

If we have half a brain, we can always find an answer to every question or a reason for doing almost anything. Justifying our actions is easy, but what is hard, is learning that the big picture is only reached through compromise and understanding.

Successful people know that there are no 'if's' and 'buts', there are only solutions. To be the best version of yourself, create positive habits that improve your skills across all areas of your life and avoid procrastination. Know that being stubborn will only get you so far, but if you want to reach for the stars, you need to lose the emotional attachment to things and know that decisions you make to 'get the job done' or achieve your goals do not define you. So often, people let pride get in their way of achieving success.

I remember also early in my career the number of times I resigned, and the manager would talk me out of it. Thank goodness they had insight into psychology. I just wanted to feel appreciated and I wanted to matter. I have always been willing to do things beyond my job description but I have had quite a few instances where my pride has gotten in the way and the only loser in that equation has been me.

The path of success is littered by our own issues. Habits, by definition are behaviours that are so ingrained that we no longer become conscious of them; actions that turn into autopilot. They are without doubt traits that every successful person has and should not be ignored if you want to be alongside them.

Don't let being stubborn hold you back from achieving success - as you are the only person who loses out from that equation.

« Workplace Culture is more than just a phrase