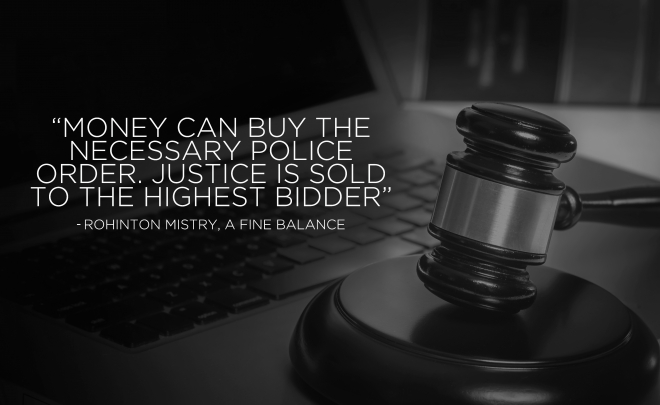 18 Feb
I returned from a trip overseas on 15th January 2016. I went to work to say hello to my team, then I went home without checking my emails. I hadn't in fact checked my emails in days. I really wasn't meant to be back so early and unlike many entrepreneurs, I have learned to live without checking emails and social media daily.


The latter, social media, you would think that I do. But I don't. I have other people who do that for me. With my emails, sometimes I let others sort through them, other times I find it easier to do myself.

On 18th January 2016, I checked some of my emails that were from known sources but missed thousands. In fact, I have over 51,000 unread emails in my inbox. For some that is horrifying, for me, it's just impossible to get through. You see, I don't just run Marketing Eye, I also am involved in a number of businesses and have a charity that I spend approximately 30 hours per week on to help build a sustainable incubator in Charters Towers to help rural people see entrepreneurship as an option. This is my passion because I believe with this project I can make a difference not just to this community but to hundreds of others. Each week, a farmer suffers from depression and many times, decides to take their own life. There number one reason for being put in this position is due to not a long term mental health issue but because they no longer can provide for their families and the long drawn out drought has meant that they have to sit back and watch their investment in cattle die in front of their eyes, unable to feed them.

On the 19th of January, I had been unwell for more than a week or so, so I had to see my Doctor. It was my first port of call. The first thing I did that morning.

Later in the day, I went through the more recent emails I hadn't read. One had a subject line that looked like spam so I kept overlooking it, but somehow eventually I went back to it.

I read from a small time law firm that I had been subpeonaed to provide information pertaining to an old client of ours. I don't know all of our clients, but this one I had seen their logo and screen shot of their website on our sales presentations.

As I read, I noticed that the document kept referring to 2009. As the date said that I needed to have had all information to the Courts by that 19th, with the 11th manually crossed out (which I found weird), I rang the law firm to explain, that the original Subpoena went to an address that we had moved from in late last year, but clearly, between our Accountant and internal Accountant they had missed moving our ASIC address.

The lawyer I spoke to was confronting and unnecessarily aggressive. I was frustrated, but without knowing anything about subpoenas I explained that the detail of information that they would require would not be able to be provided in one week - even if I was working on it full time.

You see, I run a small, fast growth business, and we are severely understaffed. I was also unwell to the point that at points in time I was of no use to anyone.

The lawyer threatened me to the affect of "if you don't have this you will be held in contempt of court, and this is a jailable offence". This may not be his exact words but it was something like this. I got off the phone, shakened and immediately re-read the document. In all paragraphs but 2, it stated specific dates of work. I asked my internal accountant to provide the invoices from 2009 for that company. She said, we didn't work with that client in 2009, we worked for them in 2014. I immediately wrote a registered post to the Courts advising them of this.

I am not a lawyer. I did not for a second think that that one paragraph that didn't have a date on it and only a couple of lines related to the any time in our whole business history that we may have worked for the company.

I don't recall actually meeting the client at any point, although I may have in passing or at some stage. We have had hundreds of clients, it's impossible to be across all.

The lawyer on the other side continued to send me emails repeatedly even though I had already advised the Court that we hadn't worked for the client in the years outlined.

They were bullying and intimidating to the extent that on two occasions I became so anxious that I vomited. Could this be legal? Could this be ok to do to a company that really has little to do with a court case between two parties, who are fighting over a time when one of the people working at the "client" company worked for the opposing side and had an agreement to own a percentage of the company? They continually specified 2009, and as a person who is not a lawyer, of course this is what I thought it was. So did 5 other people who I showed subpeona documents to. We couldn't understand why this law firm continued to contact us. In the end, I stopped looking at their emails as it was making me very anxious and was absorbing my entire day.

I did what any other person would do and asked a few people to look around for anything they could find. Low and behold, we run a paperless office, so everything is on our server. We move all data to US servers each year as it is considerably cheaper to host than here in Australia. We were locked out of the server and couldn't access it from Australia. Our senior IT person was on annual leave and we tried to contact him but his phone was out of range. He returned on the 8th February. On this date, we gave them everything we had access to.

Then the law firm sent an email saying that they are going to Court to get back costs for communicating with us and for us not providing them with the information that they were looking for.

I suggest, and it's only my suggestion, that the only relevance of material would have been in 2009 when their dispute was occuring. Using any documention from 2014/15 did not make sense as a logical contribution to the case from my perspective, not contributing to use in the dispute. Also, they brought up in Court my blogs. These blogs are part of a content calendar. Rarely do I write like I have today, on the day of the article being published. My blogs were brought up in Court, and basically used against Marketing Eye as they are about positive experiences, systems and processes. Nothing to do with the fact that we didn't have access to the files due to a technical issue related to our servers being spammed. Unfortunately my lawyer didn't make this loud and clear even though he was advised.

After noting that they were now seeking costs, I hired the largest law firm in the world to represent me. It really was the last minute. I, together with an assistance of another marketing person in our office, put together a 23 page Affidavit. Our law firm thought that "less was more" and that many things we wanted put in were not relevant like documentated communications with US server company for access to server and the day by day log.

It was also important that they knew that we don't have files sitting on our desks, and everything is paperless. So, it was impossible to get files to them not only in the time frame they required, but also due to technical details. If we are locked out of our server for more than 2 weeks, it is impossible to access files. Our law firm said that it wasn't necessary to give the Courts the logs to prove that. I believe that that was a huge mistake.

In the end, the Judge who had no time for the matter, didn't allow for our lawyers to explain. I personally think that the very short Affidavit was not positive and should have come with all supporting evidence that was provided by our company, but it was a "captain's call" by our law firm which at the end of the day, wasn't the right call.

The opposing legal team asked for costs from the 28th January, 2016, but the Judge in his brief judgement just said "I order Marketing Eye to pay all costs from 19th January 2016". Unbelievable. The day we received the affidavit and responded immediately to the Courts, the Judge saw fit for us to pay.

Note: We are not lawyers and in a case that isn't directly to do with our company, it seems ridiculous that we would hire an expensive lawyer at $869 per hour to tell us what to do. Small businesses cannot afford this type of expenditure. The Judge in my opinion clearly did not read the affidavit and didn't allow our lawyers to go through it, yet let the other side talk for most of the time. Young lawyers sending an unnecessary amount of emails in a day with the same information just to create more costs should be illegal. I would have thought that a subpoena would be sent by registered post and signed off on. I now know that that is not the case - it should be. I was not in the country when this was done, nor was our offices open and it was sent to the wrong address.

The legal system needs a rework and to be honest, I think Judges like the one we had on the day need to at the very least listen to what the parties have to say, not just one side.

I have not in any way deliberately not provided details to the Lawyers. They are predominantly artwork files for the world to see. It makes no sense that this even got to the stage. If the law deliberately charges high costs of lawyers to small companies who are actually out there creating jobs, and they can get away with judgements like this - it makes no sense for me to continue to grow my company in Australia. I would much prefer to build and create jobs in American where things like this do not happen or offshore jobs to Europe and India. Other than helping Charters Towers, you will no longer find our firm pushing for jobs in Australia. Having work done in the US, Asia and Europe makes more sense to me.