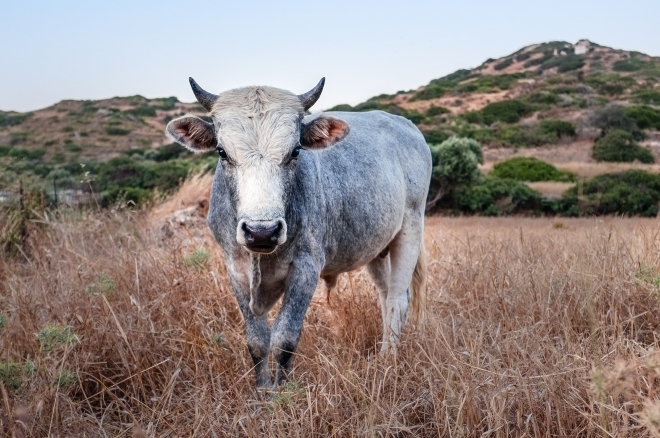 I was reading an article about people's individual beliefs and it had me thinking...

I'm so opinionated on some topics, but not on others - and I really don't know why. When I grew up, I wasn't entitled to an opinion, and it wasn't part of our household to share our opinions on any topic. In fact, quite the opposite. In many ways, children should be seen and not heard.

Instead, I spent my time listening. Not talking. Not contributing. Just listening. I think that started a foundation where I sway from not saying too much to going over the top and participating too much. Then to now, where I think I have a healthy balance, but tend to say a little more than I would normally, usually under the guise of being a content writer.

The other night, this horrendous woman was causing quite the ruckus on Twitter about a headline Mia Freedman used on one of her stories. I saw the headline and I thought to myself, "this is a beatup" and of course, controversial headlines sell. Pick up any newspaper or magazine and you will see what I am talking about.

Mia Freedman did not deserve the trolls going to town on her. I don't know the woman, but if someone is calling themselves "fat" in a book, then I think when you are a journalist, you do have the freedom to use that word too. Likewise, if you have a pushy, over the top publicist who is trying to get your book publicised in the media to sell more books, then the journalist is more than ok to call them out. But anyway, that's my opinion.

The silly woman who spends her nights online bullying other women with a click that can only be described as "meanies", was rallying in the troops to attack Mia Freedman and copied in news editorials praying that they would pick it up.

Like I always do, I stood up and said that that behaviour is not ok. Not now, not ever. Well, not in those words, but a much softer version. To be exact: @MiaFreedman ignore the beat up. It's uncalled for athe language that has followed is unacceptable.

Well, it was like a red flag to a bull.  Instead, this woman starts writing that I am a "dumb blonde" and "privileged". Well, excuse me! She then proceeded to swear repeatedly and at that point, I said that "swearing is unnecessary and bullying is unacceptable." To be totally honest, this whole episode was mildly amusing but somewhat sad. These people exist. In fact, they wait every night online to find some topic that they can start their next campaign on.

The one I loved is  her response to her friends : "Already copped it! And she told me off for swearing! Fxxx!"

However, while I sit on the fence a bit on many topics, there are a few that I really care about.

I don't eat meat but I support cattle farmers. Go figure! These farmers have been given a raw deal - big time! We pay tax so that our Government can put our farmers out of business by allowing imports that make it impossible for our farmers to compete. Why? Because labour is cheap overseas. Costs are cheap. How can they live with themselves? Why haven't they stopped all importing of milk, meat, fruit, vegetables etc? Why? What fable excuse exists? I have spent a lot of time with farmers and if you have grown up, like I have, where the man is the provider, you too would see the after affects of this soul destroying Government greed. Did you know that a farmer commits suicide every week? Why? You may say that it is mental health issues, and to a degree that plays a part, but farmers are losing their properties to banks who are ruthless, then selling onto sometimes groups that they know for less than what it is worth. So if you have been a farmer for generation after generation, and all of a sudden your entire livelihood is taken from you - what do you do? Your wife has been an excellent mother to your children and has kept the house running, and your job is to bring home the 'bacon'. When you no longer can do what you are required to do, what else is left? Think about it. What role do all of us play in voting these Politicans in that don't care? It gets better...my hometown has two Political Parties realising that they cannot ever get a seat in Charters Towers. It will always be 'Katter Country', so they remove the seat. Shane Knuth, MP, will no longer have a seat to contest in the next election. Now you tell me, is there another Politican in Australia that cares more for farmers and rural Australia than the Hon. Bob Katter, MP? I will answer this one... no there is not.

Jobs in rural Australia are few and far between. Funnily enough I funded an incubator based in a rural town, and the participants were fantastic - but a combination of tall poppy syndrome, some not too bright people who are racist and don't like seeing others get something and not them, and the worse Mayor (in the opinion of many of the people who have lived in the town for 40 years plus) the town has seen in its entire history, means that people are leaving town in droves. That's what happens, when you vote in a person who never, ever has called the town that they have conveniently popped up in for the purpose of an election, home. The previous Mayor, CEO and Councillors were extraordinary and supportive, so what a shame. I cared enough to put on a conference for 400 people, and bring in some of the most successful people in the country, to inspire locals. What a turnout! It really was fantastic. I will never give up on rural Australia, but change needs to occur and it can't be that an election is looming, so let's throw some money at Councils for infrastructure, which is then run by a big multinational, who uses FIFO contractors. Great for rural jobs - not! On top of that there is a growing drug problem. Why not inspire children while they are still at school and let them know the opportunities that are out there. They can in fact be entrepreneurs, or go to college and become something. There is hope and it all starts with parents and the community encouraging children that they are in control of their own destiny and there were plenty of people before them that started with nothing and 'created their own luck'.

Pets are not for Christmas, or to spend their lives being chained up to a pole or tree. If you have a pet, then love it and treat our pet with respect, love and kindness. So many people just don't get that - or they are plain mean-spirited and you just have to call up the RSPCA to get an insight into how awful some people are. Puppy farms need to become obsolete - simple. People who harm animals needs to go to jail. It is criminal how some people treat animals, and as I have said, I grew up on a farm so there isn't anything I have not seen. People steal your pets for dog fights - and this is a real problem not just in rural Australia, but in big cities.

I can't get a highly skilled American marketer or sales person into the country when we can't find qualified enough staff, yet we end up with all of these people that speak minimal English, with no skills. Go figure!! I believe in immigration as a whole, but this road block about employing people with skills that we cannot find easily in Australia (I receive hundreds of applications from India on seek and few qualified one's from Australia) just because they come from England, Canada or the US is ludicrous.

As for Trumps firm stance on immigration, I am the first to say that we should keep criminals out of the country and any person travelling to and from a known terrorist training country, should be blocked coming in and out - at the very least until we sort out this problem of terrorist attacks. I do not discriminate, but there are some facts that really are astounding that are swept under the carpet. I am dying for a journalist to write the story that they are too afraid to tell. Now, this opinion does not mean that we discriminate by not being friends and caring for people from every religion and nationality. I have friends who grew up in Syria that are just as upset as myself about what is happening around the world. I can't imagine what it is like living in London or Paris right now. How scary!

People come into your life for a reason, a season or a lifetime. Learn from the people that are around you and let them go when it's time. Don't judge them. Be kind always. Understand that people go through different things at different times and sometimes are just not themselves. A good friend, and I am privileged as I still have my school friends, and all the main people from my younger life today - will always be by your side.

The greatest thing in life is love. The ability to stand still with someone, and accept whatever extends from there is the greatest joy we could ever have. I think having the capacity to love and to think about another person, or your children, ahead of yourself is satisfying. And nothing compares to the feeling of being madly, deeply in love, even if it doesn't last forever. It's an experience, and if we all appreciate that and move forward with a positivity in our hearts, the world would be much more calmer.

Note: Engaging in Twitter discussion increases your followers ten-fold. Every now and again, myself or someone from my office will hop on twitter and join conversations. It also increases your rankings as an influencer.

« When someone has a problem, drop everything
Perspective is a beautiful thing »