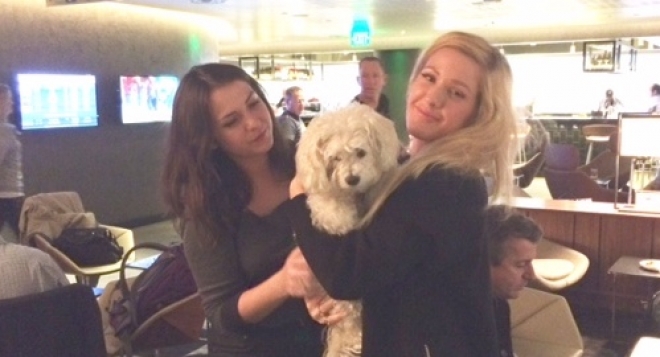 Why superstars are good for your brand

03 Dec
Last week, I was sitting at the airport awaiting my flight. In the US, you can travel with your dog, so Pippa, my trusted companion, accompanied me to the lounge. As we took our seats there were two young women sitting to our right. They both smiled and I did my usual uneasy smirk and quickly avoided eye contact. It's something that I always do although I know that I shouldn't.

I decided to go and get some water and after much fussing from the staff, who were incredibly dog-friendly, I felt that Pippa would be okay while I walked away. She sat patiently watching my every move and while people were trying to get her attention, her stare remained fixed.

Finally when I arrived back, and she was suitably relieved, one of the young women asked about Pippa and gave her a pat... and then more pats. Pippa couldn't be happier and that opened the door for conversation.

We discussed where we were from, what we do and all the normal things airport conversations conjure up.

The young woman was Ellie Goulding. She was travelling with her school friend and personal assistant Hannah, who was equally delightful.


At first I thought that given the lounge we were in and their age, (they were both in their early 20s) that their parents had bought them tickets. Note to oneself... don't judge a book by its cover.

Ellie Goulding, I was to find, is an international superstar. She has several number one hit songs and has sold more than 15 million singles. Not only was both her and her friend gorgeous, they were polite, humble, interesting and without pretence.

As they left, I was still none the wiser, but decided to google her as she had said she was a singer and had a number one hit in the US, which for any artist is a very big deal.

What I found astounded me. This young woman is amazingly talented and on her way to being a major superstar. She had just finished spending the weekend with her pal Taylor Swift (courtesy of celebrity news!), and in every way was a breath of fresh air. Clearly she had been brought up very well.

On parting, we all took pictures and she uploaded one from her camera with Hannah and Pip. 100,886 likes later and the tag "We found a friend at the airport", meant her fans clearly took to my beloved little pooch because she was 'endorsed' by Ellie. From that, there were 391 comments on Instagram. It was also reposted to her 3.9 million Twitter followers, who then 'favourited' on Twitter to the tune of 718, with 213 retweets. Just a callout of 'hands clapping to @marketingeyeus, reached a further 96 favourites and 31 retweets.

It gets better... within an hour I had an additional 300 followers and all of a sudden these followers were retweeting my stuff.

That is the power of being famous and influential, with an enormous amount of talent to boot. It's strange that the right type of celebrity endorsement works, although it is a known fact that most consumers vehemently deny that it has any inflluence on their buying decisions. With the right, trusted celebrity or sportstar associated with your brand, you will immediately gain recognition that would not otherwise have been possible, public relations mileage and word of mouth.

Little brands, can become big brands overnight, with little more than a tweet from the right person - just ask billionaire Sara Blakely, whose Spanx brand went beserk due to her product being a must have in every celebrity's wardrobe. What celebrity or sportstar best fits your brand and why?

« Facebook: A marketer's dream or a waste of time?
Black Fridays are marketing's black days »