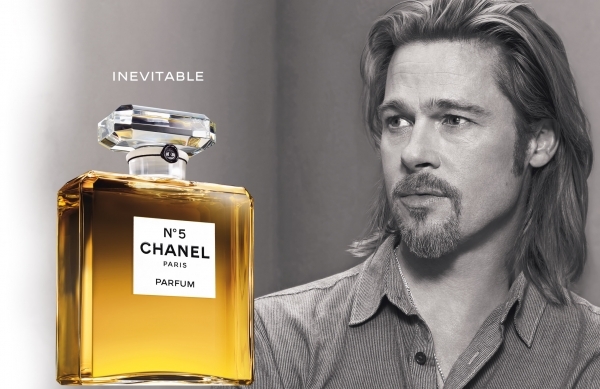 16 Oct
In the background, my television was screening the news. I was half-listening while typing away on my keyboard a hundred words per minute, trying to finalize some last-minute communications with my team.

Then I heard a voice. It was familiar. Manly. Strong. Thoughtful. Original.


It was someone who I hadn't paid too much attention to until the past six years. Unlike most of the female population, I wasn't so much attracted to him. And then, without me even realizing it, I found him the most irresistible man on the planet. Me, and millions of other women who drool over his every movement, every picture in every magazine and line up to watch his movies.

Brad Pitt is SEXY with a capital S. He is everything a man should be: good looks, tall, masculine, sporty, fearless, strong, charismatic. He also happens to be engaged to the world's most beautiful woman (aka Angelina Jolie) and to top it off, has six children - three biological and three from third-world countries around the globe - who he dotes on.

As I looked up at the television screen, I melted. Oh, to have him in my lounge room was more than a girl could ask for. Is it wrong of me to want to tape that television commercial and play it over and over again? Am I sick, or do I just have a firm appreciation for someone who epitomizes what I would like for a man to be?

After listening to the 30-second commerical, the Chanel No. 5 brand came up on the screen. Rather than typical, tasteless commercials that we see on our screens over and over again each night, I didn't feel like Chanel was trying to sell to me. Instead, I felt like Chanel was kind enough to share something really beautiful and elegant.

I remember seeing Nicole Kidman's television commercial for Chanel No. 5 some years ago. It was beautiful and she was completely breathtaking and stunning. I wanted to be just like her. Who wouldn't, as she effortlessly navigated her way through paparazzi in New York, smelling like... well, Chanel No. 5.

I am a Chanel No. 5 fan. Like many women, I grew up loving the smell of Chanel No. 5 and appreciating the quality of the brand.

I personally own every Chanel perfume available and the latest one, Coco Noir, is my favourite. Well... It was my favourite until last night. Before seeing this commercial, I hadn't picked up my Chanel No. 5 Perfume for at least a year. I felt like I was trying to be my mother when I wore it, and left it only to days in the office.

But after last night and my affair with Brad Pitt, all that has changed. It is now Chanel's most sexy and alluring fragrance that men just like Brad Pitt love the smell of. How sexy.

« How to develop a killer content marketing strategy
Do you have the Gangnam Style? »