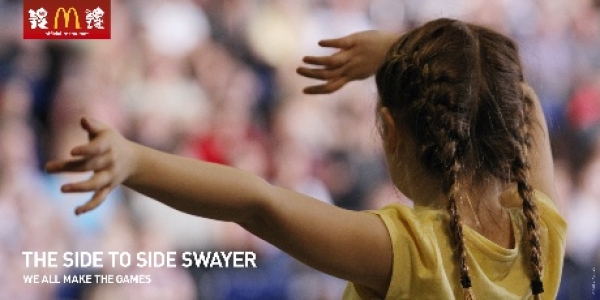 Olympics creates sales boost for McDonalds in the UK

10 Aug
Leo Burnett is a clever advertising agency. I am always impressed by their work. They have big budgets and can pay for talent, so when they bring out a new campaign, you know that it is worth looking at.

For instance, the McDonalds campaign for the Olympics, "We all make the games" shows British consumers how they can celebrate the Olympics at home. The campaign uses Team GB supporters in the press, digital and outdoor media focusing on people who make the games happen - those who sit at home and watch it.


Sales have gone up in the UK for McDonalds over the Olympic period, which is kind of an oxymoron. You would think that people would be more inspired by the healthy living athletes while they watch them compete at highest level - but that is not so. The average British consumer is loving the "We all make the games" campaign to the point whereby they are happy to share it with the world.

"Levels of engagement are exceeding expectations," said a spokesperson from McDonalds.

Sharing video online through a digital platform for the world to see is commonplace in today's consumer based marketing strategies. In fact, a consumer media campaign is not successful unless there is some sharing online of some sort.

The campaign captures moments and emotions of British consumers during the 2012 London Olympic and Paralympic Games.

The 10 million pound investment in media buying is insignificant compared to the return on investment that McDonalds has already seen. Genius!