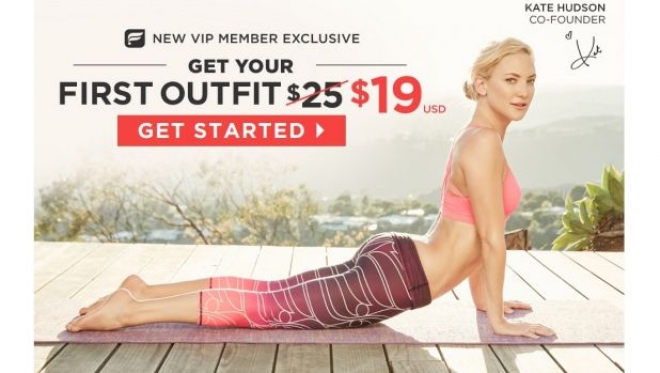 Is Kate Hudson a marketing whiz or a fraud?

23 Jun
Hasn't what seemed like a brilliant idea at the time and a $150 million dollar money making machine in a very short period of time, just come tumbling down.

Well, if you take what's written in the press today as any indicator, then you can certainly think that this may be a conclusion.


Personally, I like Kate Hudson. She has this fun, approachable persona whether its for the camera's or not, that appeals - clearly to the masses. She isn't classically beautiful (her ears have always been a little bigger than the supermodels standing beside her), but even that makes her more endearing.

Unlike a bad headline to do with a relationship breakup, today's newspapers have a few that are more damaging and actually makes her less interesting to watch on the big screen because who likes a fraud (or at least that is what newspapers are calling her).

In today's Brisbane Times the headline is "Kate Hudson's Fabletics and ScootPrice under fire for dodgy membership model."

Consumers are being warned to not fall into "subscription traps" - where retailers treat a one-off purchase as permission to sign up shoppers as fee-paying members.

In our Atlanta office, a few young girls signed up and now not only hate the brand, and the person behind it, but feel very ripped off. They thought their one-off payment meant gym gear for an entire year. Clearly the fine print was clear enough.

The Australian Competition and Consumer Commision has received a flood of complaints.

From an Australian perspective, she is now being forced to revamp her website. While she may have made $150 million in the first instance out of this "clever" and somewhat dishonest way of marketing, I doubt her future business will be so lucrative.

Just lost me. If my staff are feeling ripped off, I feel their pain.

« The writers, or bloggers block - how to overcome it
How one muffin company started with $1800 and become a $10 million company »

How to make your marketing team more successful