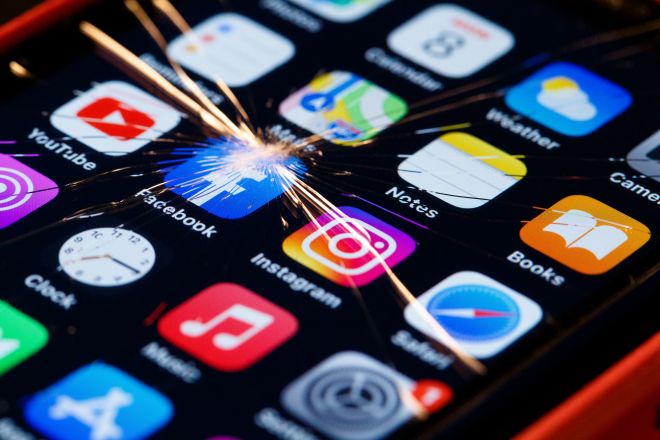 Instagram was launched in 2010 by Kevin Systrom and racked up 25,000 users in just one day. The app began with a primary focus for users to feature and post photographs, especially photographs taken from mobile phones. Instagram performed exceptionally well and had a whopping 27 million users by March 2012. Instagram’s success no doubt alarmed Facebook, which purchased Instagram in April 2012 for $1 billion in cash and stock.

Ever since Facebook acquired Instagram, Facebook decided to add many different features to the already extremely popular app. These features included enabling users to post videos instead of just photographs as well as adding messaging on Instagram like Facebook, stories like Snapchat and later reels like TikTok. Maybe you’re already sensing a theme here but what Facebook was essentially trying to do is turn an originally user-focused app that was Instagram into a fighter social media platform to compete with other social media apps such as Snapchat and Facebook. This tactic worked well for Facebook initially but not in the long run. Why you may ask, well we’ll explain below.

Facebook introduced ‘Instagram Stories’ to the Instagram app in 2016 which was an exact replica of a feature from the popular social media platform Snapchat. Facebook’s intent was clear, the social media giant wanted to curb Snapchat’s growth and their plan worked. Snapchat’s growth slowed by 82 percent after the launch of Instagram stories and this was the first official example of how Facebook used Instagram combatively against other social media apps.

Although the first time Facebook attempted to stop the growth of another app by blatantly copying features to Instagram worked well for the company, the second time did not go as planned and was nowhere near as successful. Facebook introduced reels to Instagram in 2020 and was a clear response to the seemingly overnight success of the social media platform TikTok. However, users did not respond as favourably to this new addition as they had with Instagram stories. Reels crowded the already busy app that contained photo sharing, video sharing, stories, IGTV, Instagram Live, shopping and messaging. This update to Instagram did not stop TikTok’s success or growth at all as TikTok now has more than a billion monthly users worldwide and more Gen Z users than Instagram in the United States.

The addition of reels was not successful because they did not solve a problem that Instagram had. When Instagram had introduced Instagram stories, it solved the problem of users feeling too much pressure on what they were posting on the grid. Stories allowed users to document things that were less important and did not have to look perfect as they only lasted for 24 hours. Reels on the other hand did not serve as a purpose to improve the Instagram app for users but was rather solely used to solve a business problem for Facebook.

Facebook has become an app that is associated more with the older generation, Instagram used to be the next best thing but is now slowly being used by more millennials than Gen Z’ers. TikTok on the other hand has come out as the new popular social media app for the world’s new group of teenagers and young adults. Facebook has become too engrossed in making Instagram appeal to Gen Z’ers that it has lost the app’s previous user-focus and customer-centric mindset.

Losing customer focus in this case and almost every other situation can prove to be detrimental to a company. Losing customer focus not only results in a decrease in business and revenue but also increases staff turnover rates. In Facebook’s case, many employees who originally worked for Instagram before Facebook acquired the app resigned from their job after remaining in their posts for a while when Facebook took over. Facebook has become all too engrossed in using Instagram as a fighter social media app in order to stall the growth of competing social media platforms however in doing so, Instagram has actually stopped appealing to the customer segment that it would otherwise be extremely profitable off. In other words, Facebook has neglected the original users and consumers of Instagram in an attempt to gain users from a different demographic. This hurts both existing users as well as the users Facebook is trying to acquire. Now Instagram is an app that has reduced appeal to both segments.

Understanding your customer, knowing what they want and delivering what they expect is essential to the success of every business. This case study of Facebook acquiring Instagram gives a glimpse of how disastrous it can become if you ever lose customer focus and divert away from appealing to your user base.

If your business needs advice regarding your marketing strategy or a consultation, get in contact with our marketing team today.

« How Your Financial Services Firm Should be Using LinkedIn

Why Email Marketing Needs to Be Done Right the First Time