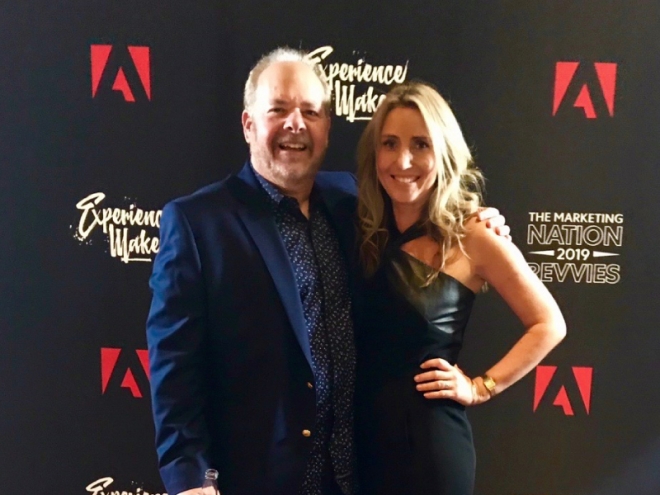 Am I a marketer or entrepreneur?

I’ve been in the marketing and advertising industry for 25 years plus. Unlike most people, I haven’t chopped and changed jobs along the way, but instead turned my career at the ripe age of 25 into one of those mega-jobs that you can never untangle your way out of. Here’s what I mean…

After watching Reese Witherspoon at the Adobe Summit this week, I was mesmerized by her career; an actress, retail entrepreneur, fashion design, speaker, social media influencer, book reviewer, movie producer and production boss. Very impressive stuff! I sat in the crowd of 17,000 people and wondered how she did all of these things as well as have a family and a little fun on the side (note: falling on the steps at Jennifer Aniston’s 50th birthday allegedly after one too many champagnes or more likely high heels that got in the way).

The way she navigated the questions asked by Adobe CMO, Ann Lewnes, was impressive and certainly gave kudos to her acting chops and self-depreciating nature that has made her a much-loved household name. I mean, what woman doesn’t want to go out for a vino with Reese particularly after seeing her sitting at her kitchen bench (on Instagram) with her dog, drinking a glass of wine?

She just made everything in her life look easy and even I want to work for her (perhaps for free!). All of this made me think about my life and I started to wish that some of her cool-factor and calm demeanour would rub off on me.  Imagine fairy dust sprinkling through the crowd from her to me and turning me into a unicorn… you get what I am saying, right?

If I look at a day in the life of Mellissah Smith, a self-styled entrepreneur of a bunch of companies including an international marketing agency, media company, two technology companies, and a newly acquired liquor license for that bad-timed investment in a bar – I’m exhausted. I don’t have the grace to do this journey without a dozen or so hiccups – every single day!

To top that off, I tend to spread myself thin at times with being an influencer, the odd media spot on television, speaking at events and giving back to rural and regional communities through The World Incubator. And this might I add, is only half of it!

What really hit me in the face (kind of hard) was the fact that Adobe invited me to be an Adobe Insider with the likes of world’s biggest marketing influencers like Ann Handley from MarketingProfs and Jeff Bullas. They flew us to Las Vegas for what can only be described as the biggest, most successful marketing and technology conference on the planet.

Steven Cook, a contributing editor for CMO.org reached out to me in Atlanta before we flew in and his generous spirit saw him getting stuck with me for a day or so, showing me the ropes of how Adobe works and plays. He introduced me to a bunch of heavy hitters, and as we were all telling our stories, I found myself conflicted. Am I an entrepreneur or marketer? Or am I both? I would say the latter but when you have a few seconds to say what you do, it can be a little bit confusing as I always get it messed up when I am trying to lead with one or the other. I become that fumbling mess who can’t answer a simple question.

Other Adobe Insiders were specific in what they did. They were employees, bloggers or seasoned influencers. While I noted that my reach was decent, some of these Insiders had millions of followers. This gig was their gig – if you know what I am saying.

Being a marketer is something that I was once known for but if truth be told, most people see me as an entrepreneur. I have transformed from marketer to entrepreneur, media publisher to property investor, and more recently into a more serious position as a marketing technology entrepreneur. The latter will most probably end up being what I am most known for because I have taken all of my knowledge and built a technology using AI and machine learning that replaces my job as a marketer. In short, the future of marketing sits in the cloud on AWS servers, helping tens of thousands of business write their marketing strategy – in minutes!

I also write for various editorials, do a bit of television and am rewarded often as a person of influence (not sure how – but I guess the data speaks louder than I do sometimes).

So, who am I? I guess I need to decide sooner rather than later because if I was advising you on your personal brand, I would be reinforcing the importance of staying on message, leading with a clear position and making sure you don’t confuse your audience by trying to be everything to everyone.