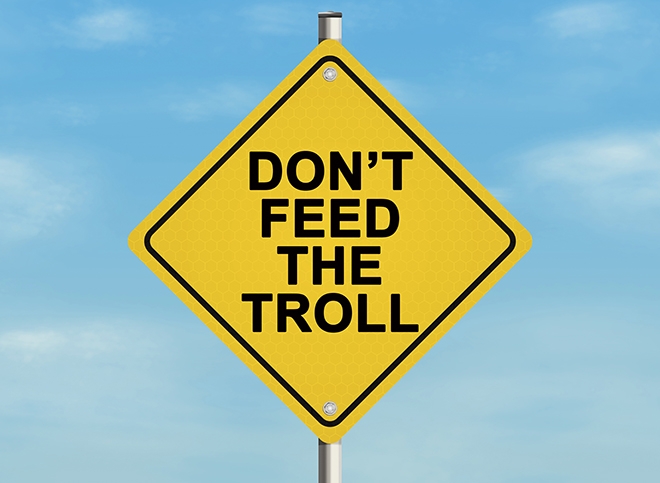 The anonymous slanderer - should you employ them in your business?

20 Oct
Anonymity online no matter how much you think that you have created an anonymous account, is no longer the case. With the changes in Australian law and the brilliance of a number of technology experts, finding the source of an anonymous comment on a website is now the norm.

Over a year back I received a call from a tech guy who was out to turn the tables on people who write slander on employers as anonymous people on influential websites. He not only told me what he could do, but actively showed me how you can find out who wrote what on various websites and then trace their whereabouts. It's quite fascinating really and something that at long last brings to the table something all future employers want to know.


If a future employee has slandered their previous employer on a website as an anonymous person, then they are not someone you would want to work for your brand. Their employment may have been terminated, or perhaps they saw the writing on the wall - whichever the case, it says more about them then it does about the person who employed them.

People who write things online that are horrible - are laughable

A friend called today saying how upset she was about someone who had written something horrible about her online which was so far from the truth that it was laughable. I have seen this all too often and its a conversation for many people who employ others.

Firstly, my recommendation was to ignore it as it does say more about them than it says about the person or company they are working for. Secondly, if it annoys you so much then there are ways to find out the source particularly if you already have an idea as to who the person is.

Getting away with anonymous slander is a thing of the past

Slander is unacceptable in all walks of life. I am always wary of anyone who says nasty, hateful or manipulative things about another person. They are always people to be aware of and never let into your life or workplace.

A study was completed in the US that found that Millennials and people that are younger than them are the culprits of trolling (anyone who writes negative comments online in an anonymous manner). That is concerning as it highlights the deficit in learning the basics at home on how to respect people, look at different perspectives and "if you can't say something positive, don't say anything at all".  I have never and would never write something nasty about a particular person online. If you have a problem and you need to get it off your chest, you talk to them direct. Well, that's the mature thing to do.

While these trolls think they are getting away with it, employers are fighting back and sites that allow posts that are clearly slander, and written by someone who is machiavellian, psychopathic or sadistic, are only out to ruin brands and have not a care in the world about the employees that still work in the company.

There is a psychology paper out on the personalities of trolls referencing that a machiavellian has a willingness to manipulate and deceive others in their posts so that the person who reads it thinks of the company or person they are slandering in the same way as they do. They also reference psychopathic as being a trait of a person who lacks remorse or empathy and sadism being someone who finds pleasure in the suffering of others.

Don't hire a troll in a suit

Online anonymity has allowed people to communicate more candidly, but at the same time it also has inspired a more malicious behaviour amongst those who are possibly not nice people, or are not where they want to be in life and place blame on others for their shortfalls.

But of course there is an unexpected consequence: Lobbing snarky comments online -- even if no one knows your real identity --- could be bad for your health.

Machiavellians, psychopaths and sadists - personality traits of the professional troll

If you think of machiavellians, psychopaths, or sadists; they all come with a lot of psychological problems -- all of which do not make them happy people.

Tom Gould, a mass communications professor, says that "anyone who pays attention to anonymous postings has way too much time on their hands. To me, they are of no particular interest or value."

Furthermore, if they think that they are anonymous and cannot be tracked, then think again. They can be tracked down by some of their content, or their IP address. In the not too distant future, those not engaging the services of IT experts to find the source, will have the anonymous person handed to them on a platter through the law courts. Slander is slander and should not be rewarded. But mostly, as an employer, we need to thoroughly check people who come and work for us as to whether or not they are in fact online trolls. If they are, then the damage they will do to your brand is more than what they have done in the past, because if you employ them, these traits start the day you onboard them into your company. These traits do not happen after the fact... it's part of who they are.

I personally care little about people who are nasty. They don't deserve my headspace and any damage they do to our brand can only be done to people that lack intelligence or experience with dealing with people like this.

My friend is upset, and I think that no person that is trolling deserves two seconds of anyone's time. So if you know anyone like that, let them know, their anonymity isn't around any longer. Be aware!

« If you think you can always do it your way, think again : management styles
Why entrepreneurs go broke »