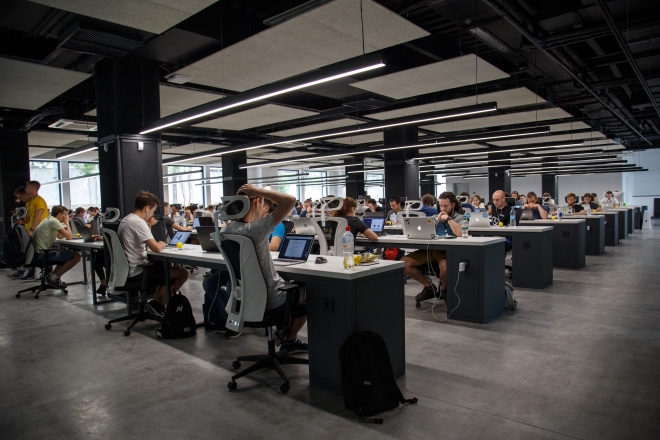 How to create a high energy pumping marketing agency culture

09 Jul
Wow! How time has flown. This incredible thing happened to me on Friday and today I found out why Marketing Eye Sydney has finally found its soul and place as a high energy, high performing culture amongst an international marketing firm that breeds marketing professionals.


What Marketing Eye Sydney in the past was lacking, has now well and truly been layed to bed. It's not that the people were not good enough, or nice enough - it's just that when they hired each other, they didn't really think things through enough. Their biggest complaint was always how quiet the office was, and I can attest to that. People worked hard and rarely talked to each other. Having our technology team in the Sydney office didn't help and the graphic designers were introverts - so that added to creating an environment that was quiet. Now some people love that, and some don't. I personally like a bit of both.

The change I have seen with bringing in a startup team ready to launch Robotic Marketer into the Australian market place, is an enthusiastic, fast moving, energetic, talkative bunch of marketing executives who are really ready to make their mark on the marketing world.

They have something to bring to the table and are really exciting to work with - thus, the energy that is flowing freely and abundantly in the office.

We overlook Sydney harbour which is an added bonus. What is not to love about a great view of the harbour? But it really is so much more than that. You can have the best view, but if you have people that have glasses half empty, then they bring you down. In fact, they are culture killers.

I always say that they should work for the Government because that is a place that doesn't mind having people who aren't happy with their lives and often they have power to ruin other people's days which they feed off.

So, how do you create a high energy culture?


This new era of Marketing Eye Sydney, a startup feel with 15 years under our belt is terrific. Things have changed a lot and I love it.

Instead, we have this happy, fun, laughing, ready to engage with each other attitude and a team that is ready to explore what they are capable of. I am so impressed with everyone on the team and what they bring to the table, that I know that everything we do going forward is that one step closer to realising all of our dreams.

Doesn't get much better than that!