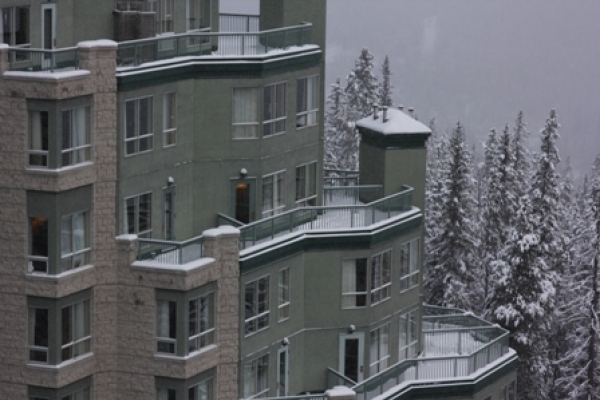 24 Oct
It must have been the weather or perhaps it was the welcome from the airport hosts dressed in their cowboy boots, wide brimmed hats and bright red vests - but Calgary sure has got my heart pumping.

Having derived from Australia, I always wonder how people feel when they land on Aussie soil.

In LA, I always feel that it is the same as anywhere else. In Atlanta, the same. New York, the same. But in Calgary, it was something else.


Going through customs every single person was friendly from the people in line through to the customs officers checking details.

Then, when I got all the way through the airport, I was confronted with maybe a hundred people who were all dressed warmly, a few with their cowboy hats on and the odd person with a mullett (Billy Ray Cyrus eat your heart out!).

There was a sense of warmth in the air and good old fashion manners that only country folk seem to have.

I am in Calgary for a couple of reasons; one is business and the other is to catch up with a friend who is in the same industry as myself.

I hadn't checked the weather and couldn't believe it when I walked out and snow was falling. It was so beautiful completely transcending anything that I may have been thinking about at the time to focus on these small snow flakes dropping to the ground.

My friend and I drove up to Banff, a place that I had not heard about before. Clearly, I have been living under a rock. Banff is about an hours drive from Calgary and is the first municipality to be incorporated in a national park. Banff National Park is the first national park in Canada and the third in the world. This quaint small town is charming, with views of the spectacular rocky mountains and glacier-fed lakes.

At -7C in October, it's really cold and snows much of the year, but there isn't a better place to relax and soak up the views.

We attended a Tourism Awards Night with one of the prizes being sponsored by Foundry Communications, whom I was the guest of.

Awards Nights - are they a worthy investment?

Which brings me to the topic at hand; Awards nights. Many companies put in a lot of effort to enter awards and at the end of the day there is only one winner. If you are the winner, then that's great, but if you are not and can not leverage off the publicity or connections you may make because of the awards, what is left?

Many companies ask me personally why we do not enter awards. There is a couple of reasons, but mainly for us it is about superstition. How many people have gone broke or lost their businesses that have won awards? I know a few really high profile examples. It's just like people who over publicize their companies and promote the fact they are so successful, yet find out that their businesses have gone out of control and they can't pay their bills.

I don't think people should take superstition as a good reason to not enter awards. But if you are going to invest in entering an award, work out why you are entering it, how much time you are going to spend on it and what the ROI would be. Factor in who you may meet through the awards, and any associated profiling that may be done. Sometimes being a finalist is enough for many small businesses and that is enough kudos.

Don't be afraid to ask upfront of event organizers what they do to promote the awards and nominees. Do they give you media kits? Do they set up interviews for you? How can you participate more? Do you get to mingle with judges and other nominees in other categories. All of these questions will help you make an informed decision.

« Is your brand timeless?
How to keep your old books in one piece : a must read for entrepreneurs »