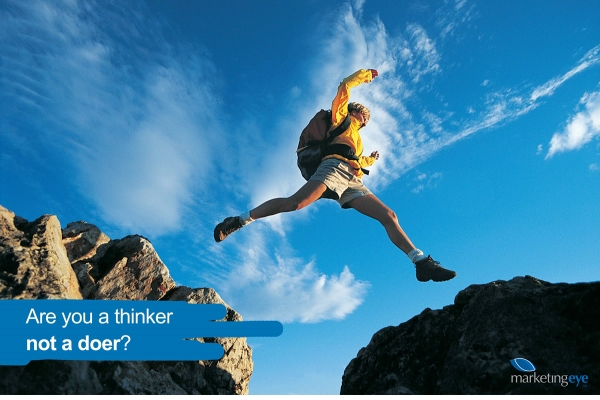 15 Apr
"You can have brilliant ideas, but if you can't get them across, your ideas won't get you anywhere". Lee Iacocca


"It is impossible to live without failing at something, unless you live so cautiously that you might as well not have lived at all." J.K. Rowling, Author.

Entrepreneurs often think of a great idea, and all short in implementing it, or seeing if it may be realised because they are an inherent fear of failure. Particularly if they have made some traction in business and have accumulated some wealth or status.

People learn from their mistakes. "When you stop learning, you stop developing and you stop growing", said Scientist Charles Darwin. The slogan "Fail often in order to succeed sooner" is a mandate for many entrepreneurs, but can also create a road block in our psychological state.

I've often thought up great ideas that would 'change the world', but mostly I have not written them down or followed them through. It is important that as an entrepreneur we know the difference between being a 'thinker' or a 'doer' and knowing what to 'do' rather than just think about is equally as critical.

Coming up with great ideas may be something that comes naturally to some of us, but if we followed 100% of them through, would we actually be successful? Chances are that we would not. We would spend too much time in startup phase to reach any other level, let alone be able to tag it as another successful development.

Ideas take work. They take commitment and they take following through. Structure your great ideas with a rating system of where they fit in your ability to realise potential and cross out ones that are not doable and cannot gain traction under your guidance because of time, money or capabilities.

« What goes up... must come down - ever wondered what happens next?
The dreaded "Unfollow" on Twitter - is it you? »