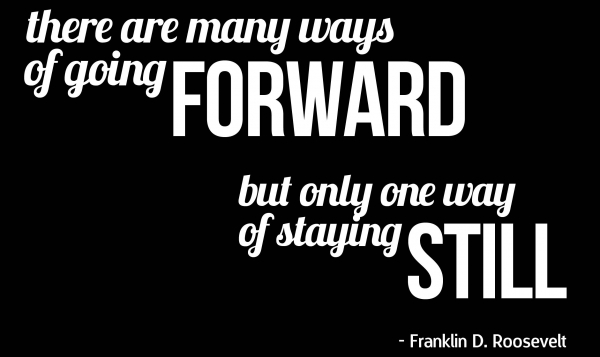 Things happen for a reason

03 Aug
There is a reason why this marketing blog has been neglected and it's not something that I particularly wanted to share.

However, today I received in the mail a book and it was a reminder that 'everything happens for a reason'.

I travelled around the world twice in six weeks for business and when you do such an exhaustive trip like that, twice, you immediately get a feeling that 'it had better be worth it'. Fortunately, it always is. Afterall, its a journey and when we embark on any journey with an open and honest mind, we move that step forward to realising whatever it is that we were meant to realise.

Both trips were different. Other than for the business aspect, they could not have been more different. The first trip was one of adventure, excitement, opportunity and putting in place things for the future that needed to be put in place.


The second was slightly different, in that while I continued that journey, I also did an about turn. I changed my mind. I realised that the universe was not aligning the way I felt it should to make the decisions that I was about to make and ensure that they were positive to me personally and to the business.

The 'about turn' wasn't that dramatic in truth, but it was a stalling of my future plans for a few months. As an entrepreneur, a business woman and an individual who appreciates that life is meant to be lived and that by merely existing, we are not doing what we were meant to do - I made some tough decisions.

In fairness, it wasn't alone. With the perfect environment for learning from those who have 'been there and done that' at a birthday party, I spent a week talking to people about my plans and future. The feedback was incredibly positive, but there were many wise words that found there way into every conversation. To not listen, is to be ignorant - and that, I hope I am not.

Today, I received in the post a book "The White Tiger" by Aravind Adiga, from a person I met recently on a plane. I shared my story with this person and after many hours of talking about business and life, I shared that my good friend and I were thinking about going to a Shakram for a few weeks in India. We both have different reasons for doing this, but this 'idea' has come into play, just at the right time. Next year, I turn 40 years of age and its a big milestone, one that has caused much reflection. Like many people before me, I see this milestone as a great time to reflect on the past and to ensure that the future holds the key to realising all of which I hope to realise in this lifetime.

This book was sent to me based on a conversation. A conversation, that I am so glad to have had because it was the 'conversation' on that plane, that day, that gave me perspective and insight, just by talking out loud to a complete stranger.

People come into your life for a reason, a season or a lifetime. Serendipity and what role that plays in our lives is up for each individuals interpretation, but for me, to be truthful to oneself, it's worth thinking about the 'why's' and learning the lesson that needs to be learnt.

Last night, I caught up with a friend for a drink and next to us were two men from India. They were both in marketing and we all had some great banter on topics like business and India. The latter was the most intriging. One guy gave me a place that would be perfect for my friend and I to go to, and I have since looked it up and it seems perfect. Had I not met them, I probably would have ended up with some dodgy version of what I wanted to go to. I have never wanted to particularly go to India, but sitting next to an outdoor fire just south of Los Angeles a few weeks ago with a friend, has opened up the opportunity to go and explore 'the meaning of life' and what that actually means to me.

Things happen for a reason - you just have to be opening to listening to what that reason is.

The meaning of life is standing still.

This week I have read a book that has sat on my bookshelf for a few years about the Dalai Lama. I haven't read it because the couple of times I have picked it up, I haven't 'gotten into the book' in a way that I needed to, to not put it down. With books, I am an 'all in or nothing' kind of gal.

After reading this book and catching up with a few friends who are going through a similar thought process to me in life, it all finally came together.

"The Meaning of Life Is Standing Still". The meaning of life isn't about how much money or friends we have. Nor is it about whether we marry or have children. It isn't about how many times we trip over nor is it about how many times we stand on top of a mountain. I believe, we are put on this planet, to stand still - with someone. And that someone, may be in your life today. You may meet them in a day, week, month, year or 10 years time. But you will meet someone, somewhere, that you can stand still with, even for a moment. And that, to me is the meaning of life. Things like exploring the world, having children, building houses etc, are all an extension of that, that we don't particularly have to have in our lives to live full lives. Adam and Eve were about two people. We are no different, except, due to society and the pressures we place on ourselves, we create a situation where we think we have to be like everyone else. Or that we have to be someone. Instead, if we focused on living life and being good people. Never putting others down and instead, building them up and being understanding and forgiving when need be, our lives would be happier.

If we place love in the work we do instead of turning up to get a pay check and never think that we are better than someone else, then our lives will be simplier and more fulfilling.

« Focus on what is important is the only way to live life
Do we all wake up the same way? »