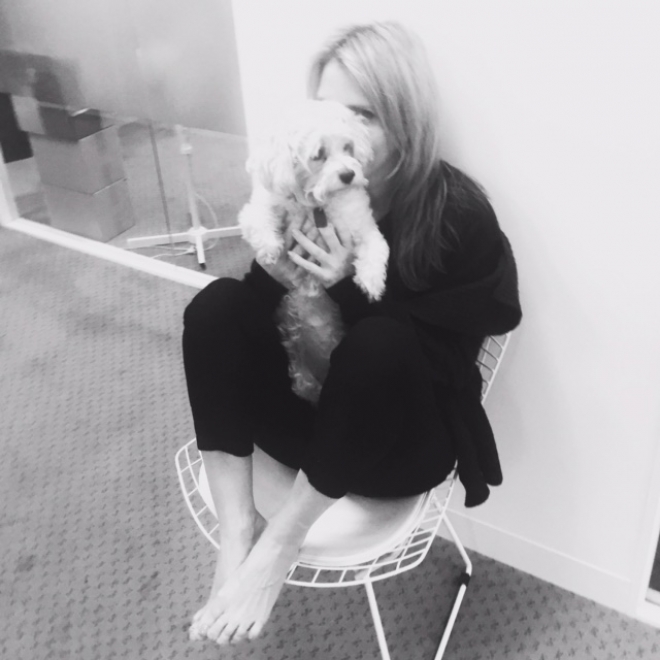 It's my birthday and I have a few secrets to tell

26 Aug
In two days, I will be 42 years old. I write that with a huge smile on my face. I have in the past 12 months had the hardest 12 months of my life from an emotional perspective, but more recently, strangely, the best. As I get older, I keep learning so much about myself and others and I know how enriching that is. Getting older is exciting and allows me to grow in ways I never thought possible.

When you are navigating life by yourself, it is hard to know whether you are doing the right or the wrong thing. The decisions you make in some way seem less important because all the mission critical one's were made earlier on, yet some are defined more by time. Finally I have hit that mid point in my life and it would be ignorant not to reflect and appreciate the good and learn from the bad. At least that's how I see it.

So many of my friends hit their 40's and have had mid life crisis; divorced or have done something crazy that I am sure one day they will regret. I was a little different. I went within myself and was probably a tad hard on myself and what I had achieved to date, and started this path which I have since gotten off, that was not going to make me happy long-term.

I won't deny that I am my own biggest critic, but mostly what I have learned is that I have grown in ways that make me extremely proud of the person I have become. Not the business woman that the world sees, or those so-called successes, but the person within. I am sure that sounds wrong when someone else reads this, but by saying it out loud, I am revealing who I am today.


Without meaning to blow my own trumphet, I have realised just how kind I am. I possibly wasn't always that way. Actually, I know I really wasn't when I was young. I tended to be more thought-less, more self-centred and didn't think of consequences. But kindness comes in many forms, and the way I have defined it in reference to my life is:

So many things happen in life and people around us are suffering from so many different things, yet we have been given the privilege to live life. Not only have we been given that, but we have the power to change the world and make a difference. The question is "do we want to". Some do, some don't. And you definitely cannot judge those who focus on their own rather than the greater world around them. Everyone cannot be the same and who are we to judge. Right?

I've not always been so strong. I am vulnerable and things hurt me more than most, but I try not to show it. When I do, it's always in the wrong places like the other week when I was flying back from Sydney and I burst out crying on the plane. The poor hostie didn't know what to do, because on the outset I look like the person who has everything going on.

I sat in front of my mentor last week and he mentioned someone I loved. Just by the sheer mention of that person's name I cried. It was embarrassing but singularly the best thing that I could have done. I hadn't thought about them for some time, and I just let it all go. Very awkward for someone else to watch and I appreciate that, but for me it was letting go.

As the Universe would have it, days later I received a number of pictures via text of that person with another person. It made me smile. I thought to myself, that is the person he is meant to be with. He looked happy. It was all over social media and he was once a private man, so he must have been in a really good space to let this happen. For me not to have anxiety or to be hurt, meant that he no longer meant anything to me. It's been a long time and I have moved on, he has moved on.

It's a new year and it's meant to be celebrated. I was meant to receive those photos to celebrate someone else's life and wish them the best.

This upcoming year is going to be amazing. I have a few trips coming up but mostly I am building houses, offices and taking the business in different directions. I am even considering selling part of the business, so that I can bring others with different experiences into fold and to share some of the day to day activities that I am responsible for.

I have taken time out to listen to advice from people I respect and take some of their good advice into the new year.

There are some goals I want to achieve in the next 12 months:

There is no particular thing that I have ever wanted to achieve other than to be a good person. Being a good person is really about working at it every day and being kind no matter what. Sometimes circumstances make that hard, or we are tired and grumpy and for some reason that doesn't quite work out how we would like, but mostly, it is important. We have no right to make someone else's day bad just because we may be feeling a certain way. Also, important lesson for me, is when I get bad service, half the time I say to them that the service is bad, the other half, I understand that they may be in a lowly paid job or may just be having a bad day themselves. I have to learn to 100% of the time, give them a break. Does it really matter at the end of the day if we get bad service? It doesn't. If it is bad too often, we just don't come back.

The other day, I had a moment where while I was being kind and happy for someone, I was actually quietly pleased that someone had done something, because it made me feel better. I thought long and hard as to why it made me so happy, and then I just shrugged it off. I am only human. The important thing is is to not think bad thoughts and train yourself to always think positive in every situation.

42 - I am going to love being part of this year and every day I am going to show gratitude to what the world has given me in spades: good people, a brain and an ability to do anything I set my mind to.

28 August 1973, a date that marks my beginning. The end is a long way off and its going to be full of new surprises, lots of risk taking and me being "present" in the moment more often.

Lots of love to all my readers.