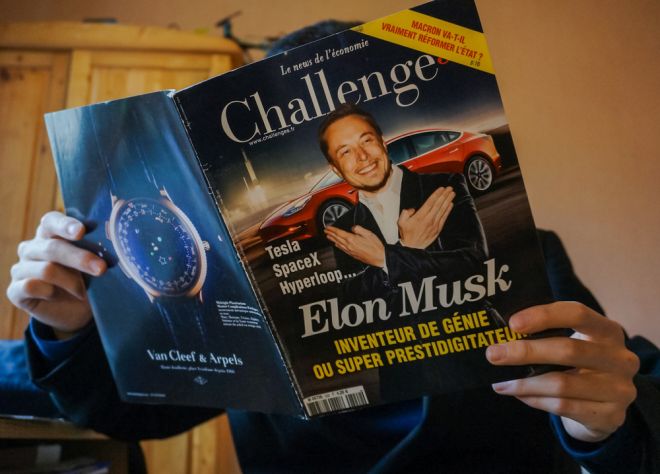 The Right Kind of Crazy and The Power of ‘Weird’ Marketing

Making bold claims, sometimes to the point of looking ‘crazy’ to the general public, has become the marketing method of many highly successful modern-day entrepreneurs. Interestingly, the word entrepreneur can be defined in the Oxford dictionary, as “a person who makes money by starting or running businesses, especially when this involves taking financial risks.” While their methods may seem ludicrous at times, these unconventional marketing tactics often have surprisingly positive results.

A great number of lessons can be learnt from a few of today’s most ‘crazy’ entrepreneurs, particularly when it comes to rethinking your marketing strategy.

A repeat offender of bold statements and outlandish comments, Musk has never shied away from promoting his visionary ventures. Justin Rowlatt interviewed the billionaire several times, to try and work out the secret behind his success in business and found the answer to fall under two key criteria. Firstly, Musk is not afraid to think big or take massive risks. Secondly, he makes sure that any of the future projects he decides to work towards will be “stuff that’s going to matter.”

Largely this can be defined, and things which will greatly affect the overall growth of the human race as a whole: such as climate change and future space travel. Musk’s comments are often audacious, futuristic, and the stuff of science fiction, but that’s what makes them exciting: because his claims get us dreaming about all the possibilities.

Musk’s personality as an irreverent, ‘weird’ and passionate guy with a dream and some outlandish ideas about the future of our species, has worked in his favour because Musk has dared to be himself. Musk’s way of thinking is refreshing for people all over the world because his vision completely changes to the way the world thinks about value. Musk has seen success as an entrepreneur, marketer, and salesman because promises something beyond and product and forces his audience and the world to fundamentally question the world we know, compared to the world that could be.

Businesses looking to tap into the success that Elon Musk has experienced when developing their marketing strategy should:

Sir Richard Branson is also famous for the unusual methods he uses to market his business ventures. Similar to Musk, there is shock value involved, or a massive public ‘wow factor’, particularly relating to his involvement in developing the possibilities of space travel.

In May, Branson’s ‘Virgin galactic space plane’, managed to conduct the first of three important test flights that should make it possible to begin ‘commercial service’. That said, there were some considerable delays in relation to the launch of the space project, opposed to Branson’s prediction in 2008, that the maiden space voyage would take place just 18 months later. Conversely, the Wall Street Journal, reported people believed that “Branson repeatedly announced timetables that were more aggressive than technical advances warranted.” Although Branson’s enthusiasm sometimes seems to get ahead of him: it is very much the thought process behind what motivates his marketing method. It’s been estimated that seven in every ten entrepreneurs, face a lack of confidence in business. Diametrically opposed to this notion, Branson’s “long-standing motto ‘screw it, just do it’ is the only way to break through these barriers.” Despite delays, Virgin Galactic Holding Inc was able to climb as much as 21% in May of this year, after Branson conducted his first test flight to space in over two years. (Bachman, 2021).

Richard Branson’s journey provides a great deal of value, in particular when it comes to planning executing your marketing strategy. Branson’s indomitable spirit and refusal to take no for an answer sets a powerful precedent for marketing or project managers who believe they are limited by circumstance.

Businesses looking to tap into the success that Branson has experienced when developing their marketing strategy should:

As of late the somewhat shocking marketing tactics of this actress turned entrepreneur have caused a lot of talk. Paltrow uses unconventional, and some might suggest ‘shocking’ product names to generate attention -- but overall, it really seems to work. Paltrow runs a website called ‘Goop’ and recently created a scented candle whose title doesn’t leave much to the imagination. Paltrow’s scented candle, named “This Smells Like My Vagina”, was released in 2020, and at the time it created a social media frenzy, and of course, quickly sold out. The brand strongly markets itself via its website and claims to be a ‘modern lifestyle brand’, which also provides wellness advice from experts such as ‘doctors’, being highly popular among women. Paltrow’s marketing thought process seems to be one of audacity. Though in 2018 in particular, the brand did attract its fair share of lawsuits. As reported by Guardian Columnist Hadley Freeman, Paltrow’s company, which had created similarly unusual products dedicated to female anatomy, over recent years, and was sued in 2018, for making outlandish claims regarding the health benefits of a supposed ‘vaginal jade egg’. Regardless, this egg is still being sold online, and in their various store locations around America, so it’s possible that the court case only really served to draw more media attention to the brand, overall Freeman, believes that “Goop is a quasi-religion in itself, from its messianic head figure, its deluded self-belief, it’s ludicrous claims and its overflowing bank account accrued from the desperate and vulnerable, estimated to exceed $250m.”

While unorthodox Paltrow’s success provides insight into the importance of being resilient, aloof, and bold with your marketing decisions. Brands hoping to emulate the success of Paltrow should:

Eccentricity and peculiarity are both characteristics that can be mobilized and implemented effectively in your core messaging and brand identity, should your team choose to take advantage of them. If your intention is to emulate the success of these entrepreneurs, it’s important to make sure your team has the right kind of crazy.
« Marketing services firms big shake-up
How to create a unique value proposition »

The Top 21 Marketing Statistics You Need to Know For 2021

How to Optimise the Social Media Content Cadence of Your Brand