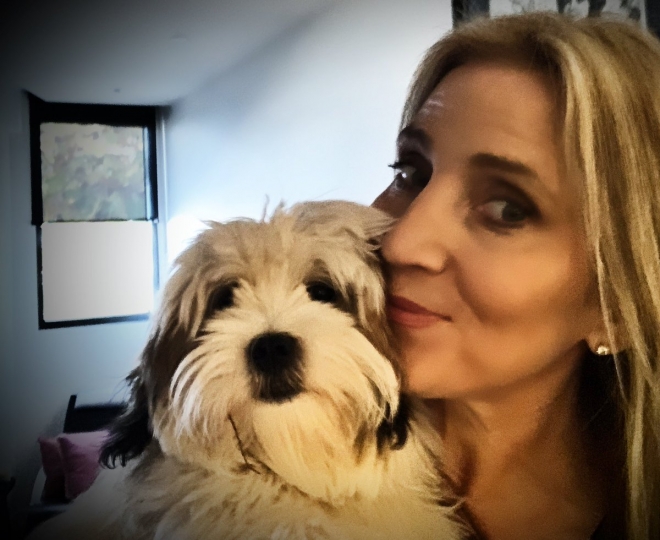 04 Jun
The day I landed in Aspen at the start of March I realized that something was different. It was eerie. The streets were quieter than they normally are that time of year, and there was this sense of not getting too close to anyone or else something terrible might happen.


I sat down for breakfast with my normal Aspen crew, and as I leaned in to kiss their cheeks, they jumped back. That's when I first found out that Coronavirus was not just for other people, but something that had hit people I knew.

At that point no-one knew they had COVID-19, but they were soon to learn that all of them had it. They were part of the Melbourne 23's who all caught the dreaded disease. A few serious business leaders hopped straight on a plane out of there even though they had travelled for 20 hours to spend the following weeks skiing - like they did every year.

I was blessed because I never got close enough to anyone to have it passed to me. From that moment forward, my precautions were sky-high. I wouldn't sit in a lift with anyone but my two skiing companions, and I washed my hands diligently. When people leaned in to say hello, I leaned back. Nothing was ruining this holiday for me.

I then went on to Atlanta and the enormity of what was happening in the world really hit me. All of a sudden the offices were being shut down, the hotel was empty, there was no traffic and people were madly dashing to the supermarket.

I made the decision when Australia announced that it was closing it's borders to head home. That's the second time I realized that things were changing in a way that wasn't sitting well with me. My assistant worked tirelessly to find me a flight home, in Business Class, because no matter what the price was, I couldn't afford to get sick. People relied on me to ensure that they have jobs and financial security.

When I arrived at LAX, I had to wait 5 hours to check in. It became worse as time went on and I began to get afraid that I would not have a seat on the flight.

They somehow sorted it out and gave me a handwritten boarding pass. When I hopped on the plane, there was a lot of uncertainty. Will I get into Australia, how do I get groceries, what if something happens to me - who will know as I live by myself... The questions were racing through my head and wouldn't stop.

When I finally arrived, some issues were layed to rest. My fridge was full of nutritious, yummy food and my home comforts meant that the following two weeks in quarantine were not going to be too bad. My local coffee shop delivered a coffee and croissant every day at 7am to my doorstep and other local restaurants did the same at various times of the day. I don't use Uber Eats so I got lucky because people realized that I was home and would be in quarantine. Finally the fact that I eat at the same restaurants paid off!

My first days back in Melbourne

I spent the first few days working my butt off. I worked from 2am in the morning to late each evening, sleeping for 3 or 4 hours. I was scared. Clients had started to pause their contracts which we allowed them to do, and others didn't renew. The impact was instant. I immediately cut costs across every area of my business and life, and started to think seriously about how the business would survive.

At first, the team were frightened to, so they didn't kick it up a notch. I was frustrated but I understood. It was as if the world was ending and with all of that negative energy they struggled to do their jobs. I would say that over a 2 week period, their productivity and quality levels declined by more than 50%. This put the fear of god through me.

But instead of reacting I had an honest conversation. The business would not survive if we continued the way we were working. I couldn't hold the fort myself and proof reading people's work was getting to a ridiculous level.

Then something happened, they changed the minute they walked back into the office. I quickly learned that the people working for me were not capable of working from home. With people back in the office responsibly social distancing, they were productive and happier. All of a sudden we had the phones ringing, new clients signing up and old clients coming back. I was relieved but not enough to let my hand off the throttle.

So we have continued to work harder, smarter and with passion that had been missing earlier this year. The events in the world are something we discuss at morning tea, but don't dwell on. We know that life must go on and without business, we don't have jobs and everyone would be relying on a broken social security outfit.

I'm sitting here today blessed. I know a lot of people who have lost their businesses and even more that have lost their jobs. So many people stopped working when this all happened, and I am sure if we recorded the Netflix usage, that many watched it when they should have been doing what they were paid to do.

Money doesn't grow on trees and neither does clients. Now is the time that you exceed the expectations of your clients and you do over and above to make sure that they succeed. It's also a time to reflect, rethink and prioritise.

I know that it takes a team to be successful and great people get on the same page and work through challenges together. My staff have been amazing. They have gone out of their way to pump me up, support me and be there when I have needed them.

The fear is evaporating fast and we are all thinking to the future. It's a positive one and we are in a good position to do things that are incredible to help our clients reach new heights.

Six Tips for Getting Backlinks