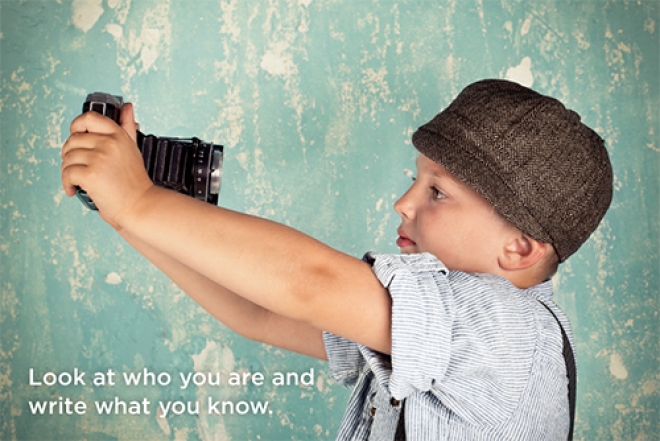 3 blogging life lessons that will help you create better posts

26 Nov
I am not one to divulge too much personal information. The most that anyone outside of friends and family really know about me is that I studied film and wanted to be a film critic, or even direct a movie one day; I get lost in music (more than just both kinds); I am a St.Kilda supporter and worked for the club for approximately 12 years as a trainer; and I don’t drink coffee.  Some believe that non-coffee drinkers are untrustworthy, but I say that is a load of bitter tasting mud.

Not being much of a conversationalist that is the best I can give most people. But as someone who has just become a regular blogger, I feel I must dig deeper. And I have been told to do so anyway.

So, as my smiling face now accompanies these blog posts, here goes.


Say something, anything to start

I always wanted to write. My mother would read me tales of fantasy, then poke a stick at my imagination and tell me to run with it. So I did. I was writing long-form fantasy stories before I hit my teens. I was using language that brought either concerned looks or downright consternation from teachers. I didn’t care if my stories failed to make any sense, I was experimenting with language and that was all that mattered. I was interested in writing, not math nor religion. I do, however, regret not paying more attention to computer classes, but back then it was DOS and as boring as BS.

I would riff and read Alan Ginsberg poems and then pick at the bones of his skeletons. As a music lover and lover of words, I had found a man that could implore passionate discourse through his art. He was a genius and I am glad I came to know him so well.

Which brings me to blog point number one.

I would implore any would-be blogger to read Ginsberg’s work and find their own unique way of delivering a message. After all, that is what blogging is about: finding your voice and creating passionate conversations about topics that interest you.

Don’t lose sight of who you are

I have been accused at times of being dispassionate, but that is simply not true. I love all sorts of things: people, places, sport, film music and of course writing. I posted a blog recently about different personality types, which reinforced what I already knew, but never really considered much, that I am an introvert. I am the kind of guy who sits by the back door of the tram with my headphones on and book open, just so that I don’t have to engage. I am the person who is always looking for a quick, quiet exist.

That doesn’t mean I am shy. I am not. I just don’t engage unless I am really interested in a particular topic. You may find that strange of someone who has made communication his life, but to me it is quite natural. I communicate best through the written word; through articles, feature stories, profiles and even simple letters.

Which brings me to blogging point number two. In this day and age, we are all publishers. You can be an introvert, extrovert, ‘oververt, undervert or even ‘greenvert’. It doesn’t matter. What does matter is that you be yourself. This is the most important aspect of writing; let people get to know who you are in the way that you write and by what you have to say. Then on your way home go and sit at the back of the tram.

Pump up the volume

Back in the 1990s, when Christian Slater was A-Grade, not way below, somewhere near F now I think, he made a movie titled Pump up the Volume.  I still love that movie. It resonates with me today, the same way it resonated back when I was a teenager.  As neither someone who fit the mould of disaffected youth, nor shy loner, you may find my love for this film strange. I was in fact the jock who got along with everyone. There is, however, something about the rebellious nature of teenagers that all of that generation associate with.

The premise of the film is that a young, shy teenager sets up a pirate radio station to give voice to his opinions and those of his peers. As he populates the airwaves and becomes bolder in his approach, his popularity grows.

His peers come to know his voice and respect his message. They know when he will broadcast. They know that whatever he says, they will want to listen (whether they agree with his opinion or not). Hard Harry, the character Slater plays, is their voice reflecting their reality.

Hard Harry may actually have been an early blogger. His radio messages are verbal, not written, but there isn’t much difference in media messaging and content generation. In the end we are all generating content.

Which brings me to my final point. When you blog make your messages consistent. That not only applies to how you deliver your message, but what your message is and when you are delivering it. This builds audience. It creates interest in what you have to say, which means more of your peers (and beyond) reading what you have to write.

It’s like anything in life, the more you do it, the better you get and the more people notice.

That’s about as much personal information as I can muster, so I’ll leave you with this final thought: Blog hard!

« The personality puzzle and how to make it work in the workplace
2015: The year of the goal setting renaissance »