Why it is not acceptable for females to brag? 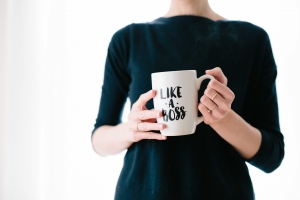 As girls, we are told to be so many things when we are young. We are told to act a certain way, dress a certain way and only say certain things. From this influence of ‘what is right and wrong’ we as women are molded into a shape of pure societal standards and beliefs. 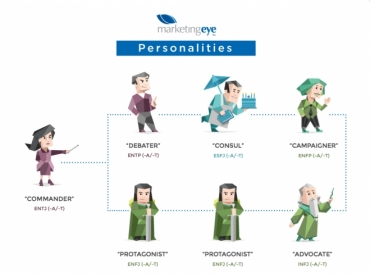 NOTE: This blog is a guest feature written by our Marketing Eye Atlanta office.

The other day Marketing Eye Atlanta, as a team, decided to take the Myers Briggs personality test. What an eye-opening experience this was for all of us. We came to the conclusion is that our team is very diverse. Before taking the test some personality traits were obvious, but others were hidden talents that had not been discovered until completion of this test. Not only was the test great for gaining more insight into our co-workers personalities but it was valuable for personal reflection.

5 MBTI personality types that will thrive as marketers

Before I hit the ‘apply’ button to become one of Marketing Eye’s interns, I familiarised myself with the marketing company through reading this blog. Half way through the first post, which was written by Mellissah herself, I stopped for a brief moment and thought to myself: ‘Hang on, this sounds rather familiar… This sounds A LOT like something I would write.’ Like Mellissah, I had always envisioned myself as an entrepreneur because I enjoyed the idea of working for something I believed in, which was a difficult standard to meet if you worked for someone else or another company. I was able to relate to Mellissah’s posts on a personal level, which was something I had not expected from a marketing blog. I only learned later that we owned the same pair of Tiffany & Co. glasses!

It occurred to me that Mellissah and I had rather similar personalities – both perfectionists, visionaries, intuitive, idealistic and determined. Of course, similar people would be attracted to the same jobs. That was expected. What I hadn’t expected was to experience this first-hand. It had made me question my individuality, but more importantly, meeting Mel helped me confirm that marketing was an achievable career choice for me.

3 blogging life lessons that will help you create better posts 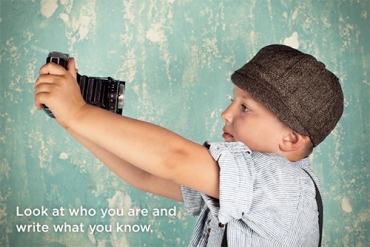 I am not one to divulge too much personal information. The most that anyone outside of friends and family really know about me is that I studied film and wanted to be a film critic, or even direct a movie one day; I get lost in music (more than just both kinds); I am a St.Kilda supporter and worked for the club for approximately 12 years as a trainer; and I don’t drink coffee.  Some believe that non-coffee drinkers are untrustworthy, but I say that is a load of bitter tasting mud.

Not being much of a conversationalist that is the best I can give most people. But as someone who has just become a regular blogger, I feel I must dig deeper. And I have been told to do so anyway.

So, as my smiling face now accompanies these blog posts, here goes.