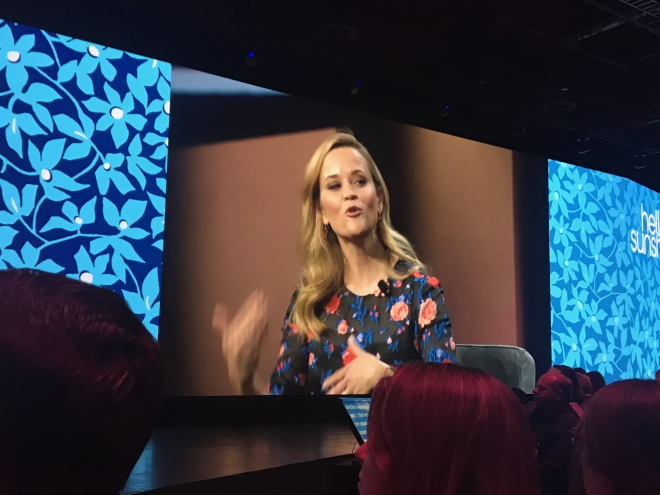 Famous women who have reinvented their personal brands

19 Apr
If I look through my life and the various stages of my own personal evolution, I see change. From a shy child, to a young adult caring about what other's think, onto a career driven entrepreneur focused on creativity and exploration - I see a person who has grown inside and out. However, it wasn't until my 30's that I really came into my own, made decisions based on not only what I wanted, but what was best for the environment in which I live and the world beyond what I could see. I gained confidence through learning about the broader issues of the world we live in, and what I could do as an able person, capable of using their voice for positive change.


What took me so long? I am not sure, but I do know this - I am not alone. In fact, it is this adoption of a new purpose based on a greater humanitarian awareness that I have really come into my own.

Like millions of others, I am inspired by people I read about, watch and listen to. I grew up in an era where there was no internet, only commercial television and typewriters, so different to what we all experience today. I know that if my exposure had remained as such, I would not be here writing this blog and sharing with you powerful women that have reinvented themselves and in effect, their personal brands, to inspire change.

2 Women That Have Reinvented Their Personal Brands

The emergence of Angelina Jolie 2.0 has seen the former Hollywood wildchild change from being a drug taking, blood vile wearing wannabe punk to one of the most famous and respected women in the world. Angelina Jolie is unafraid to use the power of her celebrity to shed light on those who don't live with the same privilege and hope, to create a positive change. She has given millions to important causes, used her voice for Political change and brought meaning to giving children from third world countries not only a good home, but a life that pays respect to their heritage.

She has won numerous awards but it is her humanitarian awards that really stand out. In 2013, while still with Brad Pitt, she was awarded the Jean Hersholt Humanitarian Award at the Governors Awards. Her speech, was seen millions of times by people all over the world, where she shared her love for her family not only calling Brad Pitt her "love" but also sharing an insight into her path to greatness with her first adopted son, Maddox. "You and your brothers and sisters are my happiness," she shared along with her mother's selfless devotion to her children and the importance of making a difference. She relayed what her mother had said to her when she was still alive, "Nothing would mean anything if I didn't live a life of use to others". At the time of hearing this message, Jolie didn't quite understand it like she does today. She was after all going through a phase in life that was about finding herself, but at some point she decided "Never to be tht way again".

In her speech at the Governors Awards Jolie explained how someone like herself gets given every opportunity, while someone else that perhaps has more ability "sits in a refugee camp and has no voice". "I don't know why this is my life and that is hers", she humbly shares.

Rising to fame as a teenager, Reese Witherspoon was a Southern belle who made a name for herself as a ditzy blonde. She married young to a Hollywood heartthrob, had children and then divorced, all while forging a career that transformed from being the token blonde in a movie to being an actress that is versatile and can tackle a meaty script.

When she first opened Draper James, a lifestyle brand with a digital presence and retail stores, she was seeking to leverage her celebrity to become a successful entrepreneur. While that business continues to build, it is her advocacy for women and equality that has given her a world stage where she commands an audience and has the respect not only of her peers, but every woman on the planet. Founding Hello Sunshine which channels women's voices into top-tier entertainment, has been a significant change in personal brand. It has given her a voice for all women and a platform to produce movies where women are given center stage. She put herself out there by going to venture capitalists and investors to raise capital to fund productions. While she always got an audience, she learned that there was a big difference going to an audition and always hearing 'yes's' to standing in front of investors and asking for cash to fund her next project, where there were 'no's'.

That did not deter her and in fact made her stronger, more resilient and determined. Reese Witherspoon is charming through and through. Her Southern ways come across in every interview or social media post and even when she is giving someone a back-handed compliment, she does so in a non-offensive way.

"It's a time to have transparency and let people into your life, company or brand in a way that we never could before," Witherspoon recently shared at the Adobe Summit in Las Vegas in front of 17,000 marketers. "I'm an entrepreneur, I have a business called Draper James which makes women's clothes based on an ideology of what it means to be a Southern woman".

Having a strong role model in her mother played a pivotal role in her self-starting approach to everything that she does. "If you wanted to do something right, you have to do it yourself" her mother reinforced over and over again and that is exactly what Witherspoon did.

When talking frankly about her dreams and that of others, her insights rang so true. "When you have an idea or a dream, no-one believes in it more than you do. No-one. No-one is waking up in the morning saying "I wonder what Susan's dream is and how I can help her with that". You have to wake up every day and work out how you can do it for yourself."

What puts Reese Witherspoon at the top of my list is her determination to use her own platform and power to help other women share the spotlight with her. From her book club, she has taken unknown authors to a position as a best selling author just by using her digital platform or being creative at book fairs by leaving books all over the place for people to pick up.

"Life is full of many chapters." It's something that you can see Witherspoon really believes in and this chapter that she is living right now, is by far her most admirable. Sharing the stage with other women is not just talking about equality, it is doing something about it. Men after all have been doing this for years.


We all have a voice, we just need to use it and not be afraid to stand up for what we believe in. With purpose and determination, anything is possible, we just need to believe in ourselves. Life has many chapters and the faster we can find a chapter that gives us a platform to be the best version of ourselves, the better.

I'll never stop being inspired by the common woman, but it does help the masses to see women like Angelina Jolie and Reese Witherspoon leading the way and sharing their stories.