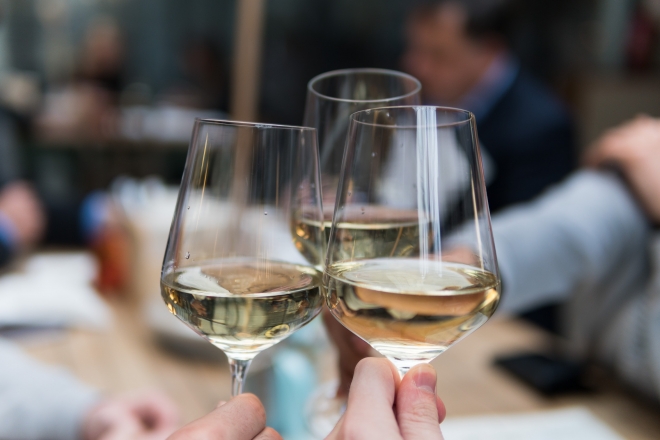 What 'NOT' to do at your office Xmas party

04 Dec
Everyone has been to an office Xmas party that has gone a little a-wire.


First it starts off with lots of excitement and exchanging gifts for Kris Kringle, then a glass or two of champagne just to ensure all inhibitions are out the window and make sure it really does feel like Xmas.

People make jokes, some inappropriate, and then someone calls for shots (for those who are unfamiliar with this, a shot is pure alcohol in a little shot glass, guaranteed to ensure you get plastered).

Everyone is laughing, having fun - it's the best.

Until it's not. Someone who doesn't drink so much has just that one extra glass or shot that takes them over the edge. All of a sudden they find themselves with a colleague holding their hair back in the restrooms, while they throw up. The person holding their hair back, goes out to the main group and let's them know why their colleague has been absent, which quickly turns to office gossip.

What the heck... everyone is having fun. It's not a Xmas party if someone doesn't throw up - right?

Letting your hair down, or in our male counterparts cases "having a big night" is all part of the parcel of an office Xmas party, but it is there, and afterwards that things can go wrong.

Here are the RULES:


No-one wants a disaster to ruin what they have in the workplace. Keep safe, don't drink too much and ensure that you have fun.

Why you need to diversify your marketing strategy

10 ways your small business can improve its SEO ranking

Why You Should Use Technology for Your Small Business Marketing Strategy