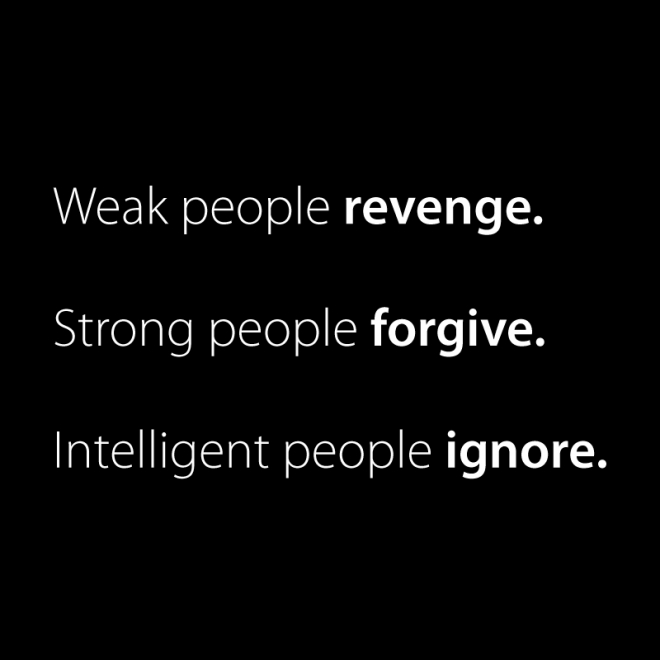 The narrative of a vindictive person

16 May
In all walks of life, you will find that one person, or perhaps a few that hold vindictive personality disorders. It's hard to avoid because many of us are not expert psychologists and have not been trained to see signs in people before it's too late or they have weasled their way into your workplace or life.


If you are anything like me, you always want to see the best in people. You understand that no person is perfect, and that they often are dealing with their own demons that come out in force when they feel that they don't have 100 percent control over a situation.

Their pain is unbearable

A vindictive person has misguided pain. They feel frustrated, helpless, hurt or ignored and are unable to change their circumstances without ensuring that they affect others in the meantime. They don't have the necessary strength inside to find better ways to handle their feelings.

Instead, they lash out and convert pain into anger and seek revenge by taking that pain out on others.

Most commonly, they want to bring others down with them. They feel by using the power of manipulation, they are able to not have to experience the misery by themselves - they can in fact bring others in. They are the core of toxic behaviour in the workplace and contrary to many stories you read, it often is someone in a team, and not the manager or leader who is usually too busy to notice what is really going on.

A person with a vindictive personality disorder builds grudges, stores pain points against themselves and others to justify their feelings. It's always someone else's fault and you will never find them in a situation where they will apologise. They don't realise that they cannot harm others without harming themselves, and not only come unstuck in their personal lives but also in their careers.

If something doesn't go their way, they attempt to intimidate you or manipulate you. They will throw out lines to try and scare you, and if they are in the workplace will deliberately show co-workers that they have power by deliberately not doing what their job requires, or ensuring that they are spending endless hours at lunch and via such mediums as text, messenger and skype to draw you in. They may seem to be making fun of someone at first and that may seem harmless, but the aim is to build a wedge between you and the target for that day, week, month, year.

Once you become a target, a vindictive person will try and destroy you. They need to prove you are the ultimate loser by destroying you. Unfortunately in this day and age, there is the internet - a perfect forum for people with vindictive personality disorders to play out their anger or pain, and try and cause reputational damage among other types of damage.

What they haven't realised is that "anger, revenge, and harassment comes from a place of weakness" and eventually they will burn those around them, and ultimately themselves.

The best ways to manage a vindictive person is:

Remember, often they are looking for attention or for you to be on their team. If you fall off their team, you may be the next target - so beware.