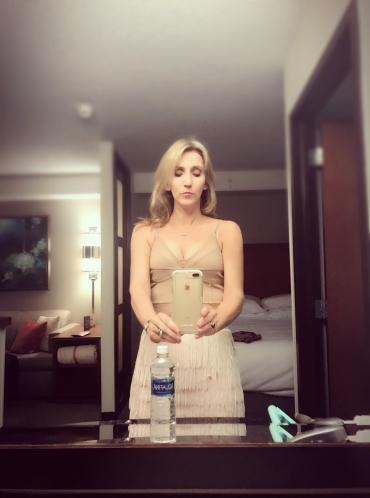 While I could do a flat lay of what I travel with, today, I won't, simply because I am a tad exhausted.

I arrived in Australia yesterday and as I get older, if I don't follow my own travel rules, I tend to get 'jet lag' and yes, I broke the rules and it is my own fault.

There are a few things I do that ensures that I never get jet lag:

There is something to be said about doing the right thing. I know that many Australian and overseas patrons of Qantas might not be thinking too positively about Qantas today, especially if they are stranded with no flight home. But if you can take a step back and look from a different perspective on the issues at hand, I am sure you will have a new-found respect for Alan Joyce and the Boards role in standing up for what is right. You may say that Alan Joyce's pay rise is excessive, but is it? I for one do not make the sort of return for Marketing Eye that Alan Joyce has made for Qantas - so to me it is comparative. If I ran a company of that size, with the pressure that he has to put up with day-in, day-out, let me assure you, a $5 million pay packet would not be enough. The leaders who run substantial public-listed companies are under such harsh scrutiny that I for one, could not handle. Look at the newspapers each day and see the headlines that are completely attacking Alan Joyce. "Joyce Should Be Sacked" is enough to keep me paralyzed in bed for a month, if I were in his shoes. This man is an absolute inspiration. He is the epitome of strong, solid leadership with fair values. I have read feverishly the content related to what Qantas employees are wanting as remuneration. Are they serious? It is not market rate, nor is it reasonable. Having been on a flight where at the time I was in the Chairmans Lounge, and could not for the life of me use points to be upgraded to first class, yet a Qantas air hostess and her 3 friends seemed to have no problem at all taking the seats that could have been for a loyal customer who at the time travelled at least 4 flights per week with the airline. Is that fair? Well, from all accounts, this is something that Qantas employees want on a regular basis. Stuff the loyal customers who ensure that they have a job. They mean nothing - apparently. Another thing to consider is what has happened to other airlines around the globe. They are in huge financial strife. Do we really want an Australian icon like Qantas to follow down the same path? And last but not least... for those who have invested their superannuation and hard earned savings in buying shares for Qantas... they too need a return. It's not all one way. If they don't get dividends for taking the gamble and supporting Qantas - then no-one should have a job. Just my Sunday thoughts.
Published in Mellissah Smith
Read more...
Tuesday, 23 February 2010 14:25

Over the years, I have had wondered how and why Qantas has remained so successful.

How do you help your husband be more successful?