A simple conversation can lead to anything. Literally, anything.

Like many entrepreneurs, gravitating to other entrepreneurs or business people is natural. Talking to a Neurosurgeon is not.

"It's not brain surgery" is one of my favorite sayings. The other, "it's not rocket science". It seems quite apt that I find myself in conversation with a neurosurgeon, whose gene pool is only bolstered by the fact his father is a rocket scientist.  Was I intimidated. Hell yes! But how impressed I was to be having such an intriguing and relevant conversation with a neurosurgeon, was only interrupted by moments of wanting to be opportunistic. I had to literally stop myself asking if a sperm donation was a point I could include in the discussion. Now, what single woman wouldn't want to have a child with this gene pool?

Nevertheless, when I pulled myself together, I realized the synergies between business and neurosurgery isn't actually poles apart and much closer than one would think. As a marketer, we have certainly learnt a lot from neuroscience and consumer behaviour, but the outlook of how a surgeon views what they do, was what struck me as being something every entrepreneur can learn from.

How to run a successful marketing campaign by Lisa Mayoh

Published in Herald Sun and on www.news.com.au on June 12, 2013 and written by LIsa Mayoh.

WITH videos going viral every day and more products to be sold than ever before, marketing has never been more important. But how do you create and execute a marketing or advertising campaign destined to meet the masses?

Well for starters, if everyone is walking in one direction, turn around and run in the other.That's according to experts, who admit that yes - creatines often do their best work over a game of ping pong.Mark Held from www.thinksalot.com.au says the key to good advertising is keeping the message simple."You're essentially telling a story," the award-winning creative director tells news.com.au."So the story should always appeal to its audience, and be delivered in the right tone of voice."It's about finding something interesting and truthful about the product or service, then giving it a pinch of wit and charm so it becomes more easily palatable to the people you are talking to.
Published in Marketing
Read more...
Tuesday, 11 June 2013

What 24 year old's can teach you

Most founders and entrepreneurs have their heads stuck so far up their you know what, to actually take the time to truly learn something from the young guns in their offices.Another gross generalization, but the reality is that too many of the Gen-Xers who have started businesses 5 years ago, are working their butts off and are not spending the time needed to lessen their load by giving the young, up-and-coming executives the chance to really make a difference.Here's my experience. I was sharing a glass of wine with Maikayla Desjardins, a Marketing Executive at Marketing Eye Atlanta yesterday and I asked the question, "why did you leave your job in New York and come and work for me in Atlanta?"Her first response was: "You sold me on Atlanta as this awesome place to live - but let's face it, it's not quite New York!"
Published in Small Business Marketing
Read more...
Monday, 03 June 2013 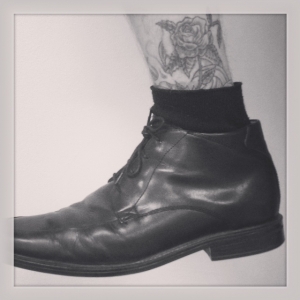 Today I was asked the question, "what inspires you to come up with blogs?"The answer is simple: "things that happen in every day life often inspire me."If the truth be told, the blogs have been few and far between of late because inspiration is being cluttered with real life work, legals and end of financial year in Australia.Jackson, a talented young guy on a 3-month internship with Marketing Eye asked the question and then followed with, "what do you think of tattoos?"I had to think - not much. I don't have one myself, but many people do. They don't offend me, nor do I think that it would affect my decision in hiring someone or giving them a promotion, but this is not the case with all organizations it seems.
Published in Marketing
Read more...

Why marketing internships are important to complete

5 reasons why every business needs a marketing strategy