How is someone contributing to your life?

Every now and again, this blog gets personal. Very personal.

Today is one of those days. Not because I feel particularly inspired to share how I am feeling, but as I am sitting here on a Sunday, enjoying the Spring breezes through my balcony opening, I thought I would share with you something that a former Monk shared with 800 people at a conference I attended in Istanbul.

Life on earth is limited.

It is. We may live to be 80 and if we are really lucky, 100, but most probably, we will die before then. Therefore, we have only ourselves to blame for not making the most of what life has to offer us.

Prioritize things and people that are most important in life

The New Myspace: Getting Sexy Back

The king of reinvention then subsequent flops, Myspace, has once again relaunched and its looking very promising. A mixture between an entertainment version of Pinterest with a splash of Twitter and Facebook, has seen the new promotion video linked to The New Myspace go viral.

"Who am I to say I want you back? When you were never mine to give away."

The lyrics that accompanies the promotional video reinforces the company's positioning. Having sold for US$580 million to News Corporation in 2005, the 9 year old business (founded in 2003) has reinvented itself which what can only be described as a "beautiful" looking website. Aesthetically, it has WINNER all over it, but the proof will be in how they not only attract their followers but keep them.

Scoring Justin Timberlake, an early investor into the comeback is of course clever marketing because after all, he is the "comeback king" and is considered one of the coolest and sexiest people on the planet. If brand association is anything to go by, the public should be in for something very special.

What do you think?

Direct Marketing: How Direct Are You?

If you have ever marketed even one of your products or services, you’d know what they say about Direct Marketing (DM). There are so many different views about DM amongst the marketers today that it’s difficult to understand whether it’s worth all the time and effort at all. It’s confused, abused and misused by several marketers.

That’s right: there are the haters and then there are the DM lovers. Some are the in-betweeners (no reference to the teen TV show). Whatever it is, as a small business you need to know where DM stands in the digital age of 2011.

In his book, The Complete Guide to Direct Marketing, Chet Meisner refers to an Orlando newspaper which ran a hateful story about direct marketers. The headline was “Spammers, Telemarketers Share Secrets in Orlando”. According to the story, direct marketers were “making way too much money to stop the suppertime phone calls and endless emails.” 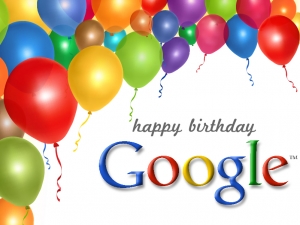 It's time for celebration, or is it? It's Google's 14th Birthday and while one part of me wants to celebrate how much Google has made my life easier, the other part wants to pull back the curtain and see how I can control this addiction.

And addiction it is. Think about how long you can go without 'Googling' something or saying the world "Google". Try going a week. I have. It's impossible!

It's hard to imagine what life was like without Google?

Is your marketing strategy stale?

If you are finding it hard to keep up to the latest in marketing techniques, you are not alone.

Most marketers, let alone small business owners, are struggling to keep abreast of the new developments in technology, buzz words, Google algorithm changes, content trends and more. Why? Innovation has been put on steriods and every technology guru is hoping to become the next Mark Zuckerberg and bank a few billion or at the very least, get their faces on the cover of Forbes.
Published in Small Business Marketing
Read more...
Tuesday, 11 September 2012

Is your ipad and iphone part of your marketing strategy? 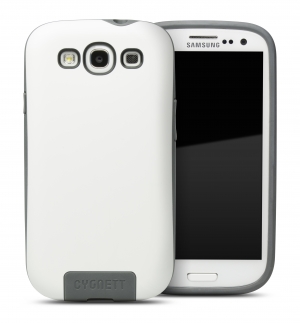 Yesteday, I felt as though all my Christmas' had come at once.

I received a large parcel from a company called Cygnett. They are a global accessories company for ipads and iphones but they don't just sell accessories, they sell style.

You can go and buy the substandard iphone or ipad cover from your local telco store or at the airport, but they are just that.

Social media has hit a new high. It no longer is something that businesses can think about including as part of their marketing strategy. It now is something NO BUSINESS can afford to not include.

During the week, I had a conversation with another provider for one of our clients. They are basically graphic designers who have done the odd website development. From my conversations with them, I am almost certain that the website developer is either a freelancer or a graphic designer who has learned to use Wordpress. There are some things that are really obvious in the work they have just completed.

As I hustled for my spot in line for a delayed flight, I became slightly overwhelmed by the crowd that had gathered around vying to get their place in line after waiting for hours for the flight to be called.

People were pushing each other and bumping their bags and briefcases into the person beside them, concerned that they would lose their position in line. You know how it is when everyone wants to get to the front of a line, and there is always some person who rudely is pushing their way to the top with no regard to anyone else.
Published in Mellissah Smith
Read more...
Tuesday, 04 September 2012

Doing anything live can be quite daunting, but as I soon realised yesterday after appearing on a radio program for 15 minutes presented by Narelle McGeoch and Andrew Goodman-Jones, I really can talk under water. Well, at least on the topic of business.

When asked the questions about my business and marketing in general, I found it really easy to communicate the good, the bad and the ugly experiences I have had over time.
Published in Marketing
Read more...
Sunday, 02 September 2012

5 Key Strategies To Include In Your EDM

How Direct-To-Consumer Brands Are Great for Your Company