When work/life balance has meaning

Today is a day I will always remember. It’s a day that a certain part of me has been taken away.

A Cause For Celebration 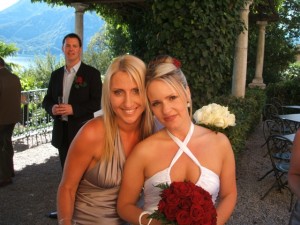 Today one of my best friends for the past 20 years is celebrating her 40th birthday.

We met through a guy who was her boyfriend at the time and a good friend of mine.

iPad – a health risk – or a good business opportunity?

If we didn’t know it before, we sure know it now. Technology has taken over the world. Soon, this blog won’t need me to type up stories every day. I will be replaced by a piece of technology that comes up with new and innovative stories all by itself – and it will be funnier, more interesting and less expensive.

Thank you so much for passing on my details to the Department of Innovation, Industry and Regional Development, Executive Director, Small Business Victoria, Roger Arwas.

Booking a meeting with the Minister

I learnt earlier on in my career that you can meet with anyone, all you have to do is ask.

What is your corporate responsibility? 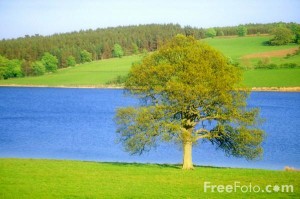 Green this, green that! That is all we seem to hear about these days. With carbon emissions trading legislation still in limbo, it seems that companies are collectively at a stand still.
Published in Small Business Marketing
Read more...
Thursday, 28 January 2010

Have you ever wet your pants with laughter?

When I think about laughing so hard, that you get a stitch in your stomach or as some people say, you wet your pants, 3 particular occasions spring to mind.
Published in Management
Read more...
Wednesday, 27 January 2010

Are you addicted to doing the same old things?

In Australia, for business to business marketing, I still believe that BRW, The Australian and The Australian Financial Review are the best mainstream editorials to receive placement in.

For small businesses, its difficult to find newsworthy stories, so any opportunity to gain exposure is one of these editorials should be considered as part of an overall marketing strategy.

It’s that time of year again where BRW is looking for FAST STARTERS to compile their list for 2010.

Topic: Is Your Company Growing at a Rapid Rate? Business Review Weekly is looking for fast growing companies that have started in the last couple of years to participate in our Fast STarters 2010 list.

Requirements: To qualify companies must have:

- Have reported at least two fiscal years of revenue

- Be Australian owned, not a subsidary of a multinational

Contact: Jessica by email: This email address is being protected from spambots. You need JavaScript enabled to view it. or through the BRW website. Please insert WNA in the subject line of your email.

For $155 per hour, Marketing Eye is able to assist you with your submission otherwise by all means, please go direct to Jessica.

In Australia, for business to business marketing, I still believe that BRW, The Australian and The Australian Financial Review are the best mainstream editorials to receive placement in.
Published in Marketing
Read more...
Tuesday, 26 January 2010

Like most, I was not too shocked when on Sunday I heard on the radio that Angelina Jolie and Brad Pitt separated. It’s the news that I didn’t want to hear. I am on ‘Team Jolie’ and cannot bear the thought of this perfect couple with the most beautiful looking family on the planet would break up. The news had me in a tither. I quickly turned on the television wanting to know when, where, why and how this happened and there it was, for everyone to see. Headline news.

Next, I raced down the shop and bought every possible magazine that might have a story on Brad Pitt and Angelina Jolie. Afterall, they had separated right? Wrong!

One newspaper reported that they had separated and had gone through a divorce settlement  of sorts (they are unmarried) that saw their millions divided and the custody of their children shared.

Like millions of people, I was enthralled with the gossip that surrounded this duo and have spent at least $30 in the last couple of days buying every possible editorial that may have just a little bit of information on what actually has gone on.

Well, what has gone on is that this story has sold millions of newspapers and magazines worldwide and is highly likely to be made up. The story derived not from a reputable editorial, but from gossip newspaper who quite frankly cannot be trusted. They may have sold newspapers, but it has further enhanced in the minds of people who little you can trust the tabloids and how much of the stuff we read is made up.

Any story on Jolie-Pitt sells newspapers and everyone knows it! The journalists have no integrity or concern for what they or their families might think. What if their children read this on the newstands and all of a sudden got concerned that the unit they thought they could trust might be torn apart.

There is a message in this medium mayhem.

What do you have that sells newspapers? There is a few journalists out there that would like to know!

News can come in many forms and it might not be worldwide news or news that is going to have gossip magazines begging, but it might be of interest to business journalists or general news journalists who see what you are doing as unique and interesting.

You may have your product or service endorsed by someone famous, or perhaps you have a world first.

Read the newspaper and watch the news… you never know… it may just give you an idea of how your brand can become better known.

Every day small businesses are written up in newspapers and magazines. Next week it could be you!

Why marketing internships are important to complete

5 reasons why every business needs a marketing strategy