The search for an EffenTM Great Bloke 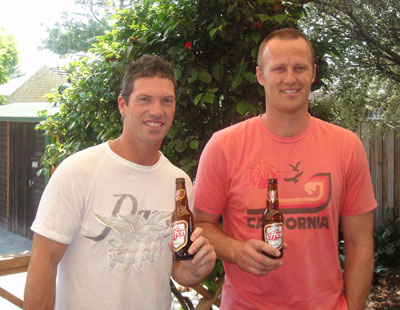 The search for an effenTM Great Bloke campaign has gone up a gear with the support of some truly great blokes.

Western Bulldog legends Chris Grant and Rohan Smith, have joined Carlton legend Anthony Koutoufides and Essendon champion Adam Ramanauskas by throwing their support behind the campaign which is seeking to find out what it means to be an effenTM great bloke.

The competition has already attracted some eye-catching entries. From funny videos, to some clever photography and of course some very creative writing, the enticement of a whole year’s supply of beer for two has unsurprisingly brought out the creative genius in some.

The competition has only 2 weeks left so don’t miss out.