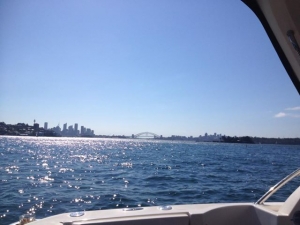 On Sunday night, I woke up in the middle of the night and got online and booked a flight to Melbourne. I was tired and partied out. After a week in Sydney, enjoying the harbour and catching up with my friends for breakfast, lunch and dinner - I was exhausted!

Not exactly how I would like to start the new year.

Booking the flight was one of those things that had to be done yet once I pushed the button, I realised that perhaps I should have given it more thought.

The next day, after saying goodbye, I boarded my flight to Melbourne. When I landed, I breathed a sigh of relief. It was exactly what I needed after a big year.

I picked up my car and drove straight away down to Portsea to stay with one of my good friends without telling a soul.

After my first good nights sleep in weeks, I woke up and realised that it was New Years Eve and there were things to consider. Should I attend a party or should I just stay in. In the end, I decided against a romantic night with someone I love, and decided on a quiet night in with a few friends so that I could take time out for myself and look ahead at the new year that I was about to enter. I don't know about you, but for some reason, I found that being in situation without any influence would help me start the new year in the best possible light. The hardest decision was sacrificing spending a night, with candles and conversation with the person I admire most in the world - but it had to be done.

We had a simple dinner overlooking the ocean and thought through our New Years Resolutions.

Here is what I came up with:

Portsea Polo – Has Anyone Actually Seen A Horse? 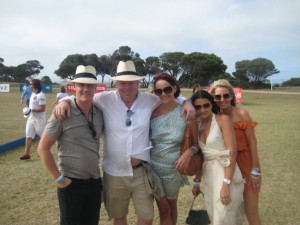 Ok, I was there, all glammed up with a beautiful orange silk summer dress from Gail Elliott’s Little Joe in Toorak styled with accessories that made me feel like I was not in Portsea, but was in fact, swanning around at the Polo in South of France’s St Tropez.
Published in Mellissah Smith
Read more...