Mellissah Smith is a marketing expert, author, writer, public speaker and technology innovator. Having worked with more than 300 companies across technology, health and medical, professional services, manufacturing, transport and logistics, finance and sustainability industries, Mellissah has a well-established reputation as an experienced marketing professional with more than 20 years experience. As the founder and managing director of Marketing Eye, she has taken the company from startup to a multi-million dollar enterprise with offices in Australia and the US. Mellissah is also the Editor in Chief of Marketing Eye Magazine, a quarterly magazine that cover marketing, entrepreneurship, travel, health and wellbeing. #mellissah #marketingeye
Tuesday, 07 February 2012 07:50

Some people never learn - are you one of them?

Do your friends say the same things to you over and over again, and you shrug it off thinking they have no idea?

Have you had the same type of relationships over and over again, only to find that they keep ending the same?

Do you keep on getting the same outcome out of life and still find yourself sitting there on a Sunday night lonely?

What's more important? The Superbowl or losing a client?

The Superbowl is on and most of America is glued to their television screens. Madonna's performance was one of her best yet and the game is as thrilling as ever.

You have a problem with a client. They are unhappy and want to be attended to immediately. Do you take 10 minutes and ring the client or do you watch the superbowl knowing that 10 minutes out of the superbowl won't change your experience that much but what the heck... it's the superbowl?

That is the question. I know someone who chose the Superbowl and lost what could possibly be the most valuable client they ever had. Amazing where some people's priorities lie.

In any relationship, to spend time caring about another individual and sometimes sacrificing your own immediate wants, is the traits of a good person.

It could be a friend, a loved one, family, a client, a supplier or a member of your team.

When you watch relationships going on around you and you see people who genuinely care about others, its always a warm feeling. It doesn't even have to be about you.

Who out there haven't I slept with? 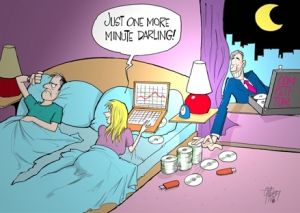 I don't know about you, but my year started fairly ordinary. I had the worse New Years' Eve I can remember for some years, and then the next few days followed suit. It just kept on going on. I was in unfamiliar terriority so I couldn't really vent my frustration or the fact that I had a strong distaste for the continual negative elements that kept creeping into what had been a 'perfect' life.  In fact, I cannot say whether or not I have had a worse start to a year before and given that I tend to put so much hope in starting a new year - it was a tad disappointing. Actually, it felt quite soul destroying and as a fairly positive person, that's saying something.

We all have expectations and big occasions like New Years' Eve don't help. Isn't that the date for the most suicides and I am sure it is the same date that sends people to Xanax or whatever their choice of anti-depression drugs might be? To me, it is suppose to be about a fresh start to the year and full of positivity. Unfortunately it wasn't the case and as much as I willed for good fortune and happiness to surround me, it did not occur quite like I would have wanted it to. I had such high expectations that fell apart fairly fast and furious over the new year but to sit here and continually complain would not be conducive to anyone or anything. After all, there are people starving in the world and I am worried about my expectations not being met on an occasion which is just a great excuse to drink too much champagne and surround yourself with people that you may not ever see again or may only see again next year.

Instead of having a 'fresh start to 2012', I was bombarded with a failing in circumstances and my expectations of what life should be and how others should behave fell down quick smart.

Investing in the future leaders of your business 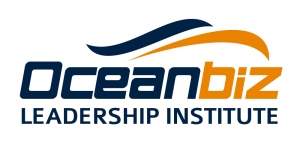 When you are a small business, it is hard to find money just to pay the bills most of the time, let alone invest in team bonding or outsourced employee development.

I know that in the first couple of years of business, other than some hands on training from moi, my team received little if any outside training to develop their skills and capabilities as marketing consultants.

They were expected (sadly, this was the case) to research and find their own path to developing their careers as marketing consultants and were expected to use market research and the Internet as resources to learn about small businesses and the challenges they go through on a day to day basis.

7 Saturdays and a FREE iPad

Sliding Doors - how do you know which door to go through?

I can't sleep. Too much is going through my mind. I toss and turn all night long and wake up in the wee hours desperate to fall back asleep again, but not able to because I am thinking too much.

It's a problem that many small business owners face time and time again. I am no different.

Overarching view of your marketing - is it business critical? 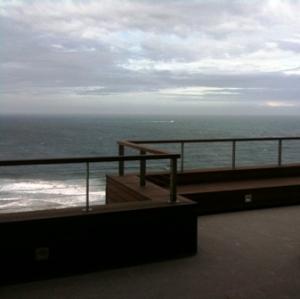 What does your overarching marketing view look like? Have you written it down? Have you communicated it to your team? Do you have tactical marketing activities around your marketing strategy?

My view yesterday was pretty fantastic if you ask me. I was sitting on the couch overlooking one of Australia's most breathtaking views of Palm Beach pondering Marketing Eye's 2012 overarching marketing strategy.

Others might think that if you were sitting looking at the view (as in the picture) you might not be thinking about marketing, and more about how stunningly beautiful the view is, but when you are a small business owner and your business is 'your life', it makes perfect sense to take the opportunity to not only absorb your surroundings, but also, think clearly about your small business.

We are about to hit February - already! Time is flying and there is no time like the present to make sure your small business is in order. The cricket is mid-way. The tennis is over. Australia Day has been and gone. Everyone  is back in the office. Now, there are no excuses to not have your small business marketing program in order.

If you have not already done it - have a 'think tank' or 'marketing workshop' with your team and key stakeholders. Speak to your suppliers and ask them how they would improve your business in today's everchanging market.

Put a marketing strategy in place and get buy-in from your entire team. Video yourself talking about the company vision for everyone to see. Set up an intranet that has 'everything that is marketing' on it from what your brand stands for, your company culture, 2012 marketing activities, press releases and media stories and lead generation campaigns. Be more transparent and engage all your team on a level that they have not experienced before.

Change your view and I am sure your team and clients will change theirs too! It's business critical to your success in 2012.

How To Have A Long Distance Relationship

I know a thing or two about having a long distance relationship. I've had my share and some, if you know what I mean! Having spent a good part of my thirties choosing to engage in long-distance relationships with people from all over the world, many have come to think that it is inevitable that one day I will wake up and realise what most people have already realised - and that is that it doesn't work.

I am ever the optimist and refuse to be told that something I have engaged in is doomed before it has even began, so like most things, I give it 100 percent and hope for the best.